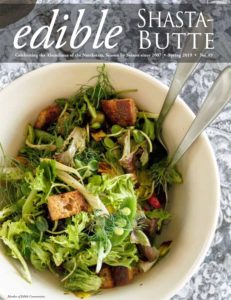 Here in Butte County we live under the influence of the deadliest and most destructive fire in California history and 2018’s most costly natural disaster worldwide. Stories in this issue of Edible Shasta-Butte peek into that reality. There’s no way to tell all the stories of how the Camp Fire has affected people in the local food community, nor even that fraction that come to our attention.

The first story I heard came from Heath Dewey of Tender Loving coffee roastery and bistro in Chico. He and one of the Tender Loving chefs (whose house burned) went down to help cook food with World Central Kitchen soon after the fire. Dewey introduced himself and Tender Loving to WCK people, and they responded something like, “Cool, we need coffee.” Dewey was ecstatic: “You need coffee? I got coffee!”—and thus started a chain of giving wherein Tender Loving supplied coffee for evacuees and contacted other west coast roasters, who then donated too.

There are many similar stories of giving: stories about Ann Leon of Leon’s Bistro, Amanda Leveroni of Bacio’s, the Kennemers of Unwined, local Soroptomists’ clubs, Kleen Canteen, Six Degrees Coffee, From the Hearth in Red Bluff, church groups, individuals. Impossible to tally. We tell a few within these pages.

And so many stories of loss and moving onward. Mike Fritt of Golden Feather Tea farm in Concow lost his home, tea barn, and outbuildings; many tea plants now regenerate. In Paradise, Green Paradise Café and Juice & Java burned; Jena Trzaskalski plans to launch a food truck while she awaits a loan to rebuild the café, and Geoffrey Greitzer works in a temporary Chico warehouse as he resumes production of kegs of NorCal Nitro. Stories of loss and moving on are impossible to tally, too. We offer but a few here in this magazine.

It’s such a small gesture. When I drove up to Paradise four months after the fire to take photos at Noble Orchards for the article on page xx, my first trip there since the Camp Fire, I felt disoriented, shocked, deeply saddened. We found Laurie and Jim Noble simply working on the farm they plan to rebuild. Jim’s leather work gloves looked almost new. As we were leaving, Laurie held up a piece of melted glass. “Look at this,” she said. A section of car window had cracked, melted, and stretched. The window must have been closed, and the weight of glass melting had formed a hole. Laurie’s finger curled through the hole as she held the sculpture up for us to see. It reminded me of a flattened, blown glass teardrop. “I’m going to use this as an ornament somewhere,” she declared.

I am enormously grateful to the people who talked with our writers and photographers for this issue. It couldn’t have been easy. Their stories run deep; we have moved in their current. Readers, I hope that, in some small way, this magazine brings you along too. 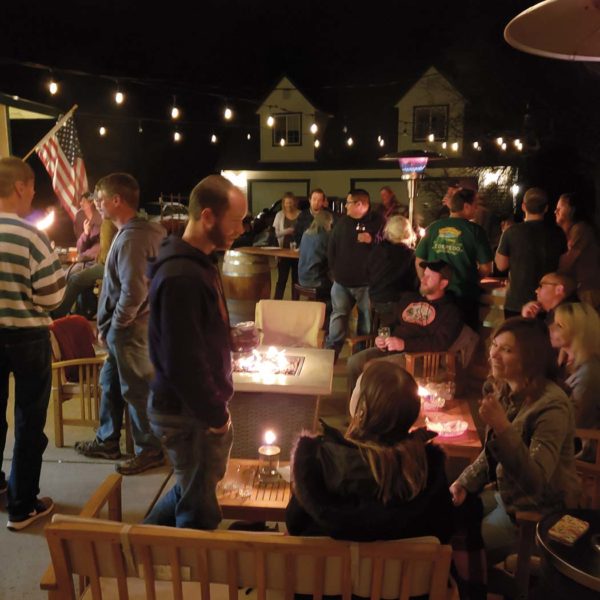 Hope, help, and hops, sold one beer at a time, benefit fire survivors Sierra Nevada Brewery has been called the flagship of American craft breweries and for good reason. In 1982, their Pale Ale led the way to a wave... 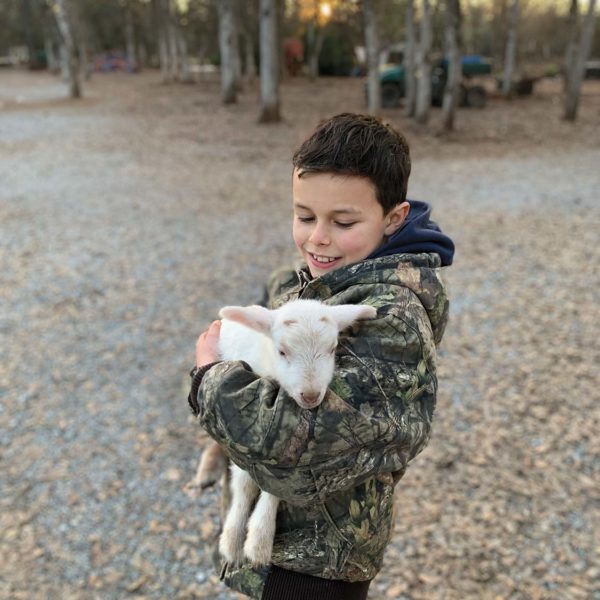 A stately oak stood proudly on the west side of the farm, lording the expanse of its limbs over the court of saplings and manzanita below. The oak weathered decades of winter winds and summer swelter, sheltering those beneath from... 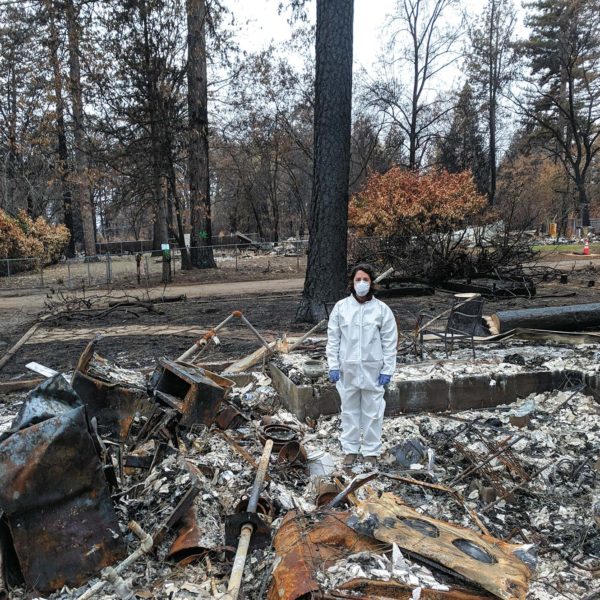 THEN: In my home at 6208 Fern Lane in Paradise before the fire, I rise under the light of the moon to grab up big scoops of flour, water, and cupped hands full of ripe sourdough culture. While the dough... 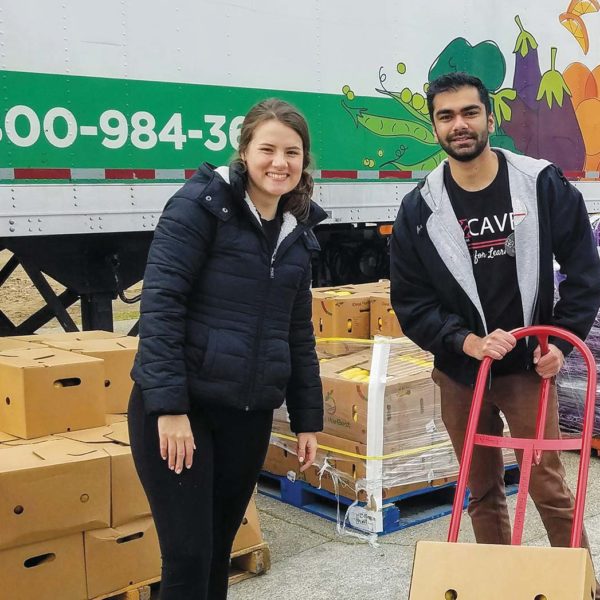 During the natural emergency of the Camp Fire, much of Chico closed until the chaos subsided and the smoke cleared. Although California State University, Chico, was shuttered for two weeks after the fire, the emergency centers were open immediately for... 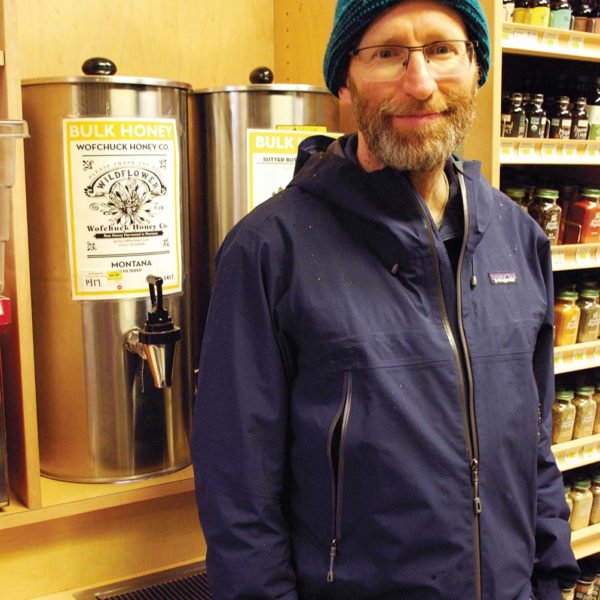 “The cars were full of drums,” said Mike Wofchuck, percussionist and beekeeper, about his family’s evacuation from Paradise during the Camp Fire. “I threw a couple of bags of things into my wife’s car. . . . We didn’t think... 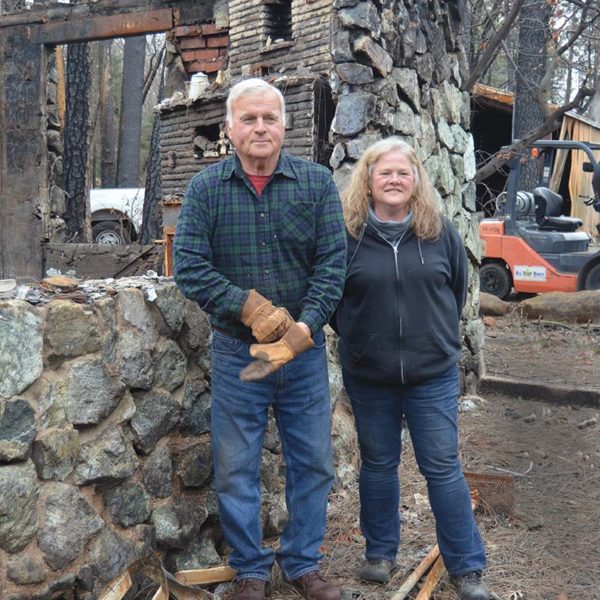 This year marks the ninety-eighth year Noble Orchards has grown apples in the foothills of Paradise. Established in 1921, it is one of few apple orchards remaining in Butte County. As flames swallowed the Town of Paradise and spit out... 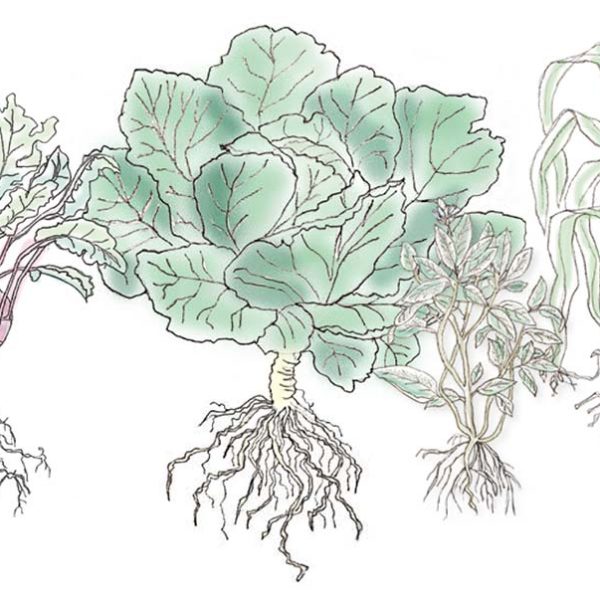 Friends, partners, collaborators, cohabitors . . . Grown together, plants can be more than the sum of their parts Did you know that plants form alliances? Like humans, plants do better when they associate with other plants for mutual benefit,... 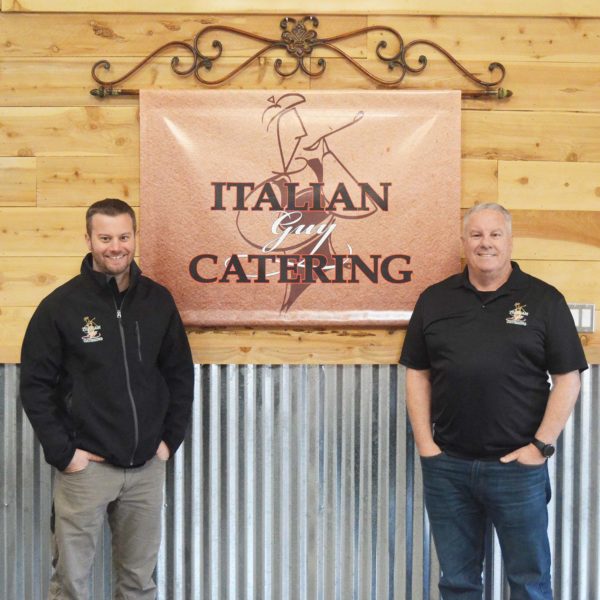 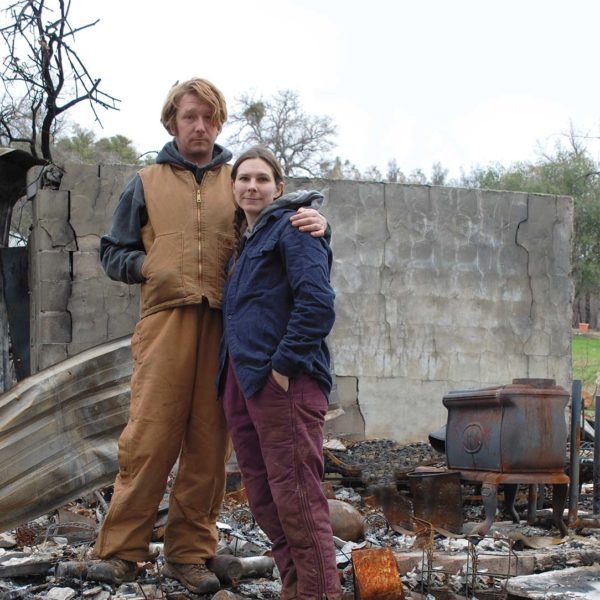 When Samantha Zangrilli and Cheetah Tchudi saw smoke plumes rising into the sky, they didn’t immediately worry— until the sheriff came by to let them know they had two hours to evacuate. They spent the first hour trying to start... 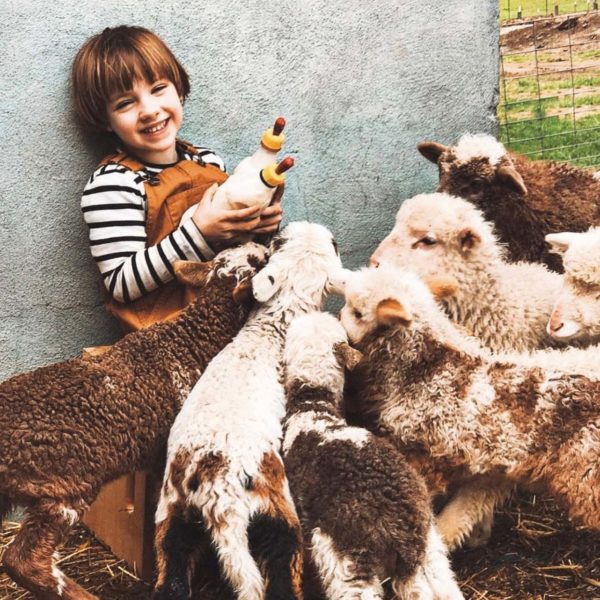 “The #krautvan is extremely popular with certain segments. In Cottonwood, it’s all about the birds and the bees. “Taking care of Melly is a piece of cake compared to a few years ago when we had seven bottle babies at... 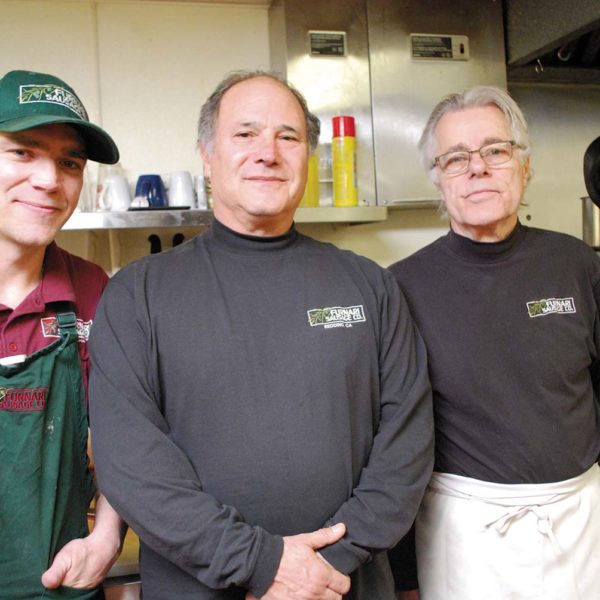 “Sometimes,” said Joe Furnari, talking about how he’s been affected by the Carr Fire, “things look a lot better on the outside.” That’s certainly expressed in how Furnari Sausage continued to make sausage after last summer’s Carr Fire in Shasta... 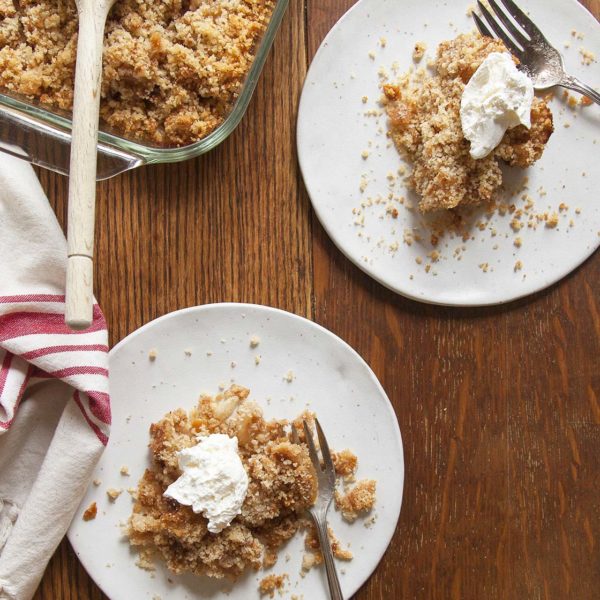 Making use of stale bread is easy—people have been developing ways to do this for centuries—but it can get a little boring if all that occurs to you is bread pudding or French toast. If you have a food processor,... 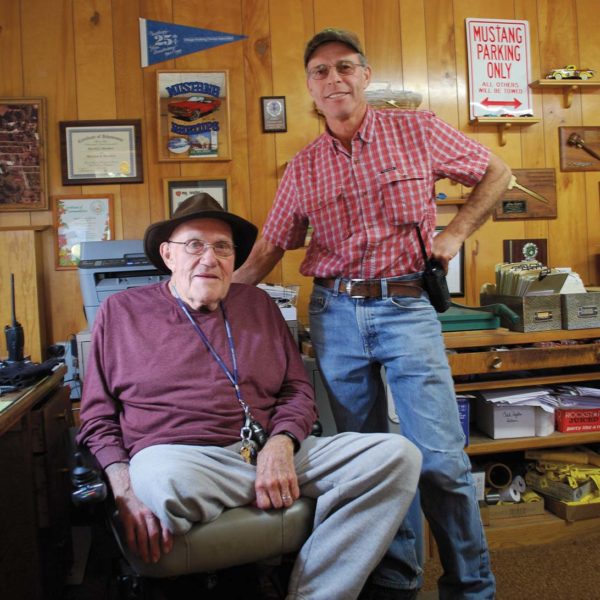 What happened on the eight acres of Mendon’s Nursery shows the Camp Fire’s capriciousness. Fifteen pallets of bags of potting soil, bark, and amendments survived, plastic bagging intact, while five yards away, palm trees in planting boxes burned up. The... 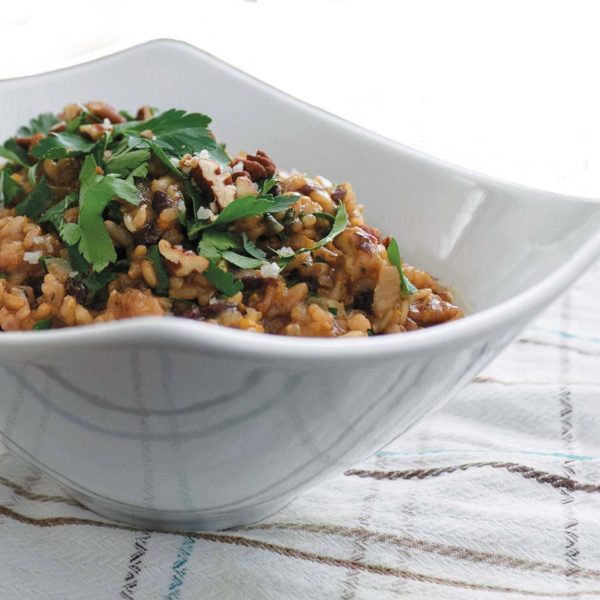