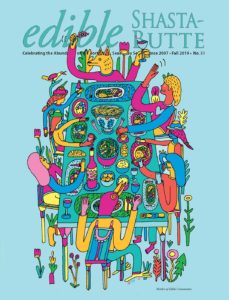 This September, at just two days in, feels more like summer than fall. The air still smells of crunchy dryness, and I’m still savoring summer eggplant fried in plenty of extra virgin olive oil. This will change, the fall equinox will come, then persimmons, pomegranates, and the spinach, chard and kale I find myself craving.

Today I read of the “elbow up” method of pouring olive oil and recognized it as an old friend. There’s comfort in old friends, but learning about and bringing to you readers each issue’s new stories always delights me, as we put together the magazine you hold.

It thoroughly amazes me that, for twelve years, these pages have brought you the voices of farmers who have talked you through four seasons of their operation. We stole the idea of asking a local farmer to give readers a year-long sense of the place she farms from Edible Sacramento, back in 2007, when we first published this magazine. As far as I know, Edible Shasta-Butte is the only Edible among eighty-something Edible magazines that has sustained a Sense of Place series. Surely that’s a testament to the bounty in our locale.

This fall, the thirteenth year-long Sense of Place series debuts. Niki Brown is writing it. Niki and her husband Rich Harris grow hay on about 1000 acres in Scott Valley, Siskiyou County. They also raise and market heritage pigs, run a u-pick berry and flower operation in season, and, this year, have started full-time Farm School for eighteen Scott Valley children ages four to seven, right on their farm. Niki also works full-time as Program Manager for Siskiyou Economic Development in Yreka. And, did I mention, she and Rich are raising four young children, including three-year-old twins, there in the valley.

Can you imagine Niki carving out the time to write about their farm and send me her work, indulge me as I ask for this revision and that, and then follow up with photos and permission slips from parents to publish the photos of their kids? Well, she did, and she will, three more times through summer of 2020.

That’s what amazes me—and has amazed me about all of the farmers who have written a Sense of Place.

Their contributions express an astounding generosity. Talk about the bounty of our locale, and it must include the farmers.

So. . . elbow up! Make your autumn about generosity. Perhaps, after you read these pages, you will seek out those represented here, writers, story subjects, and advertisers, and let them know you value them as the season changes and you come across them in Edible Shasta-Butte.

So many thanks,
Candace Byrne
Editor 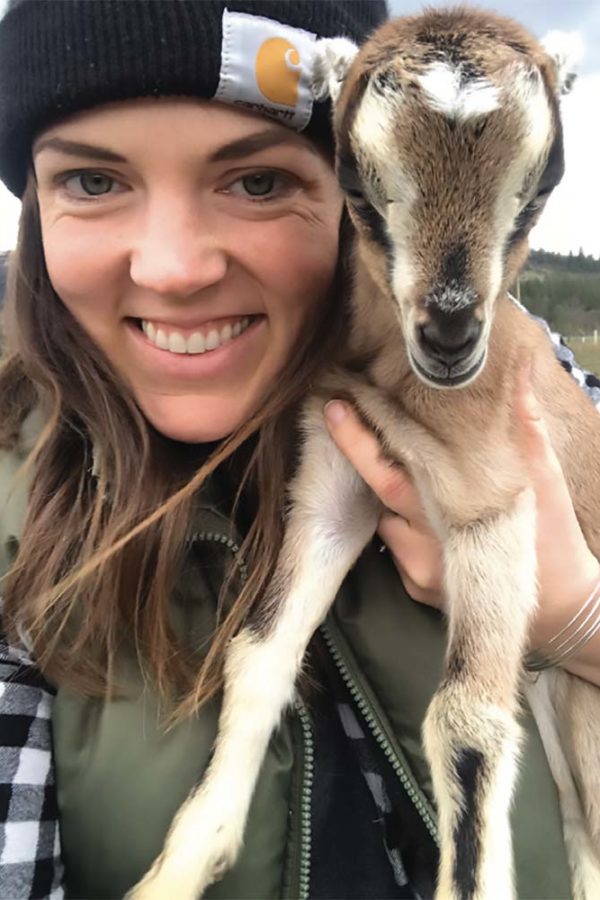 The amazing Niki Brown with a kid, one of quadruplet birth, rejected by its mother. 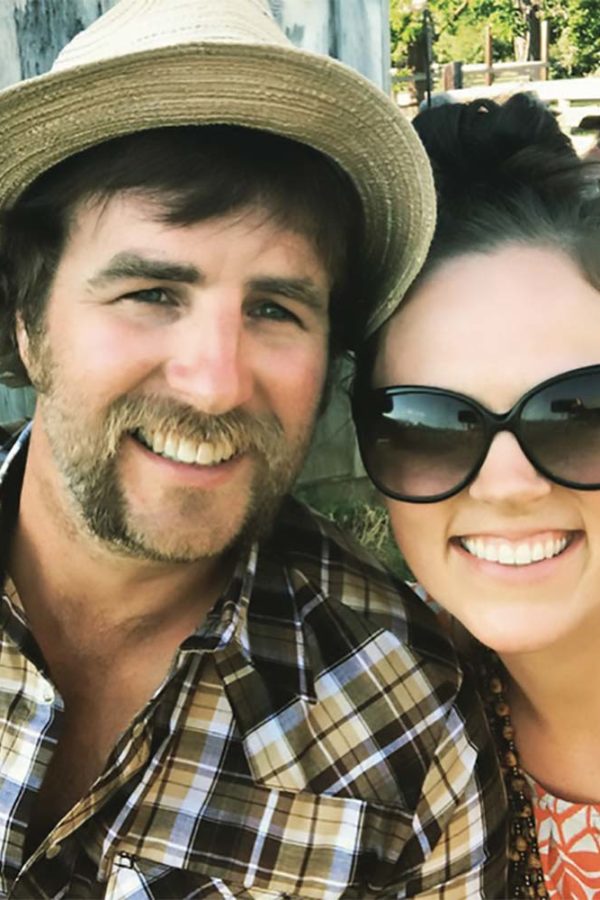 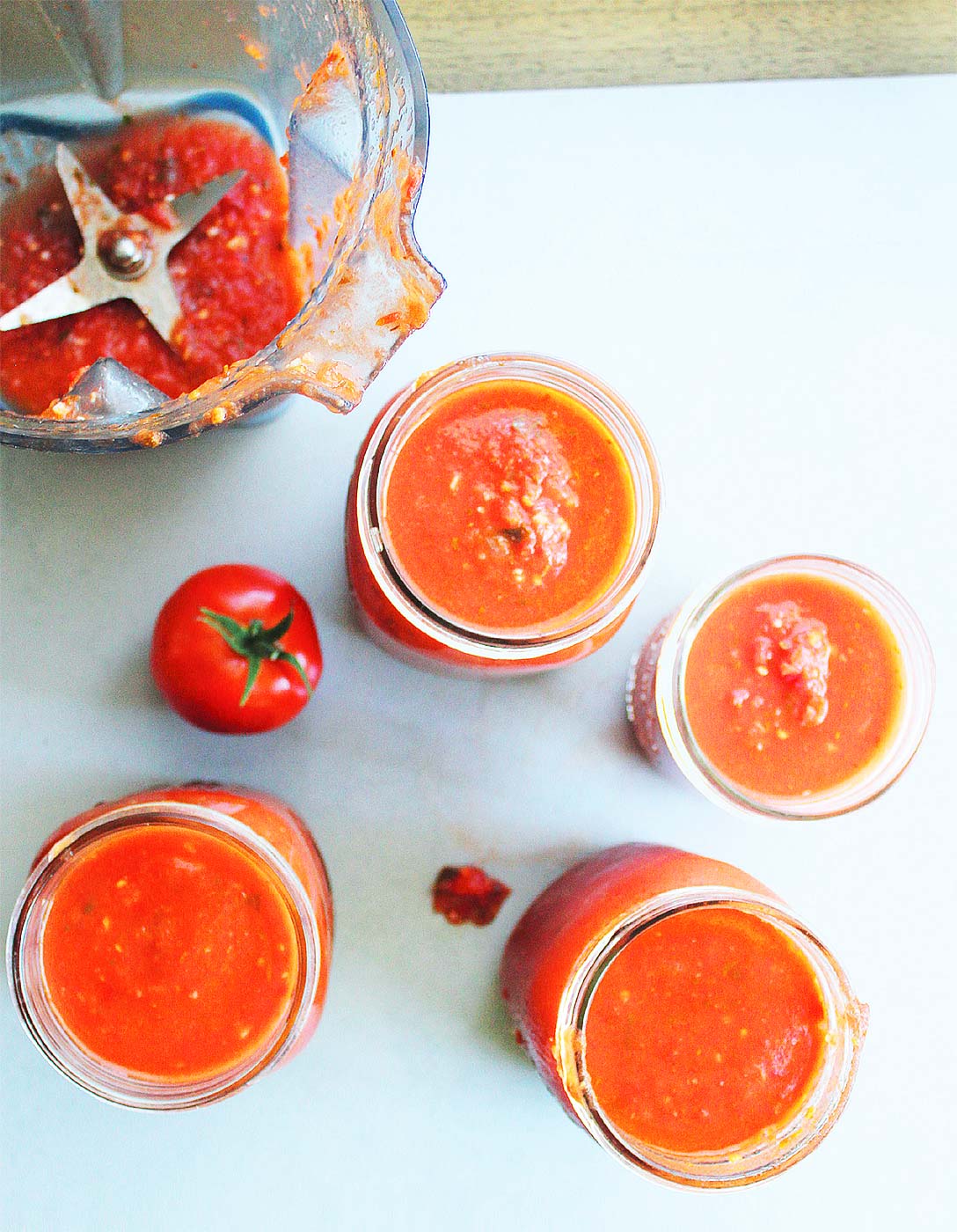 A YEAR’S WORTH OF TOMATO SAUCE IN THE DEEP FREEZE

There’s a lesson in here about learning to love what you have, but really what we’re going to learn is how to freeze some of fall’s harvest. 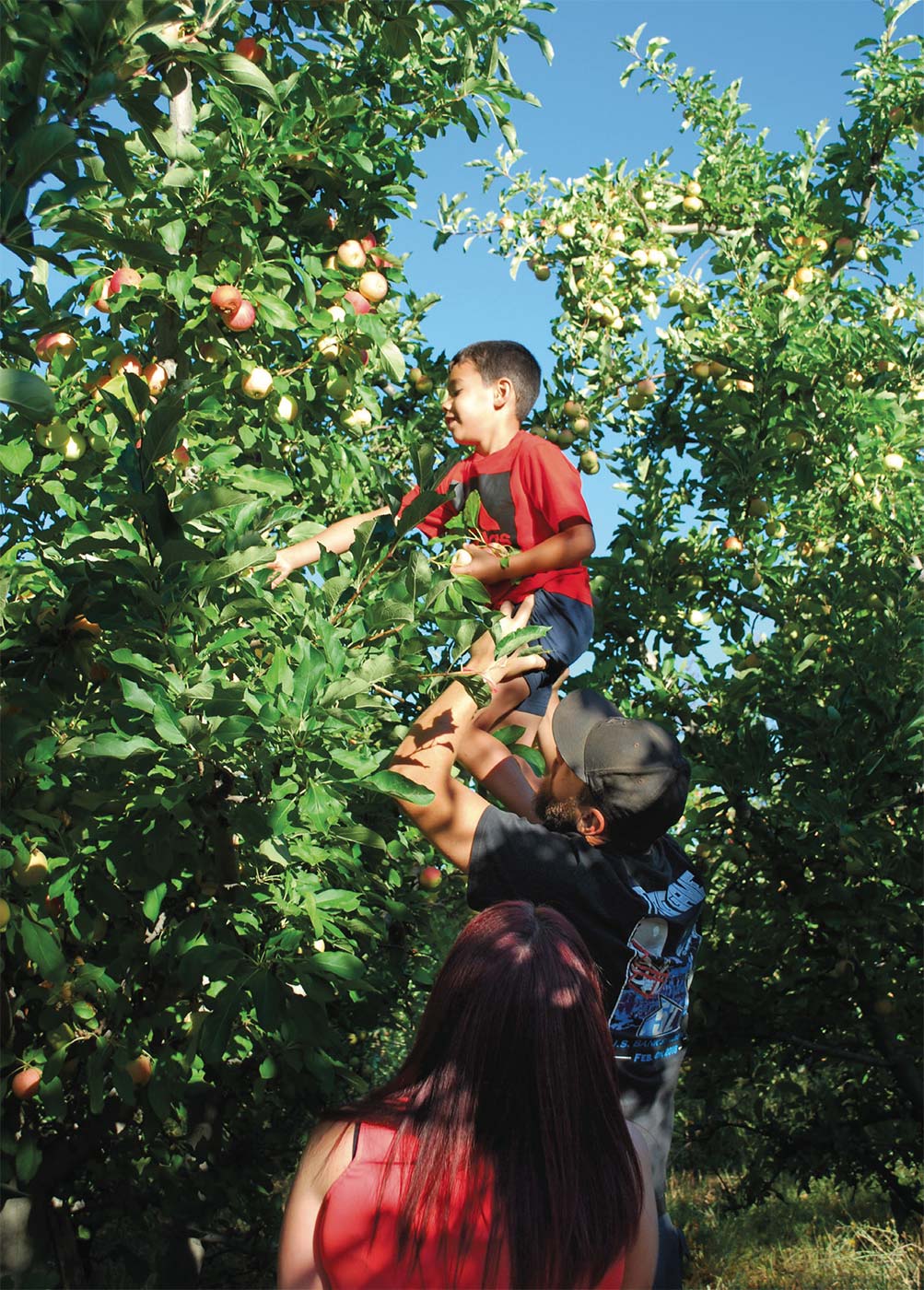 The apple trees are pretty much all that remain of Noble Orchards since the Camp Fire roared through Paradise on November 8, 2018, 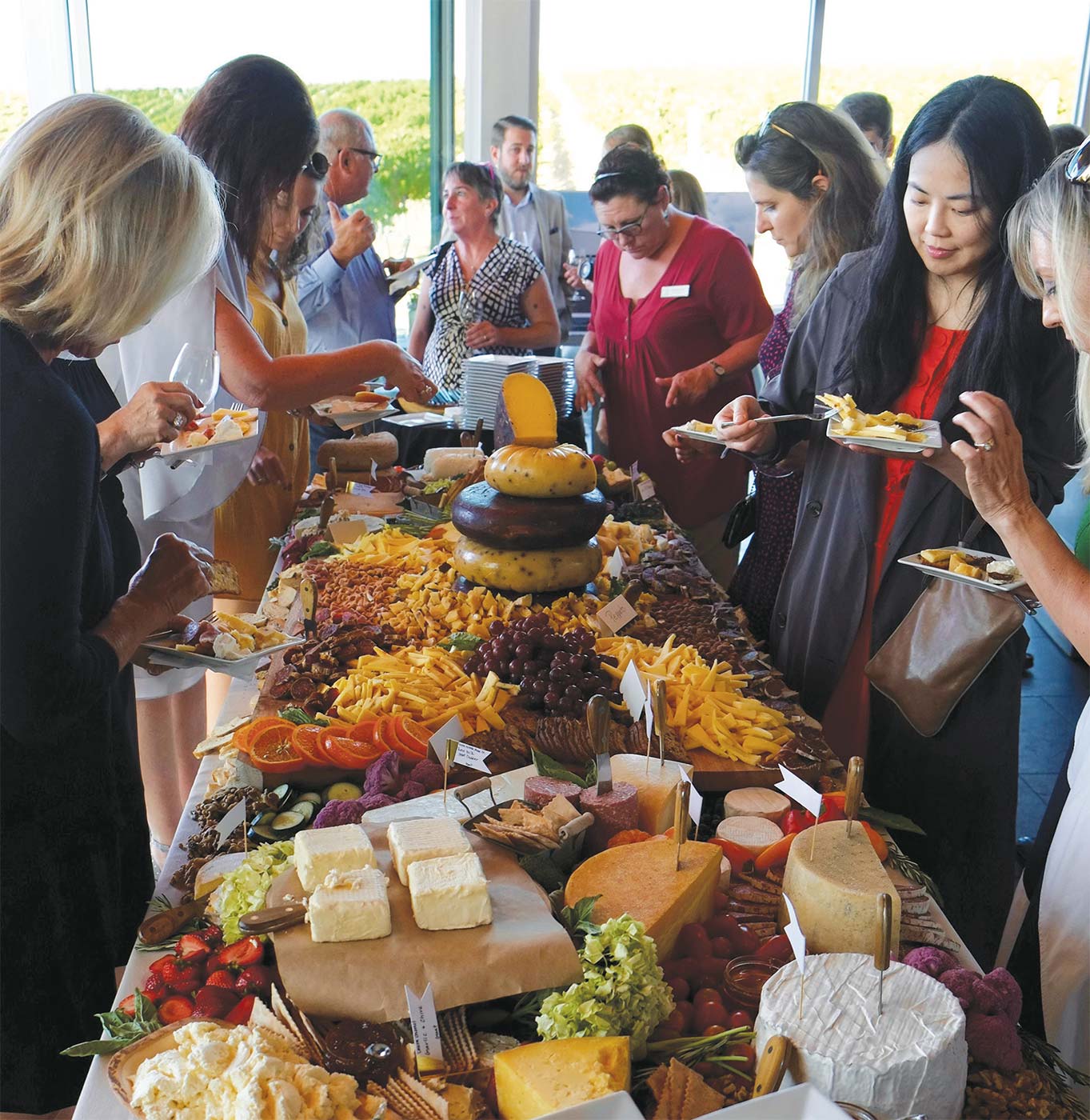 AT THE CHEESE BALL 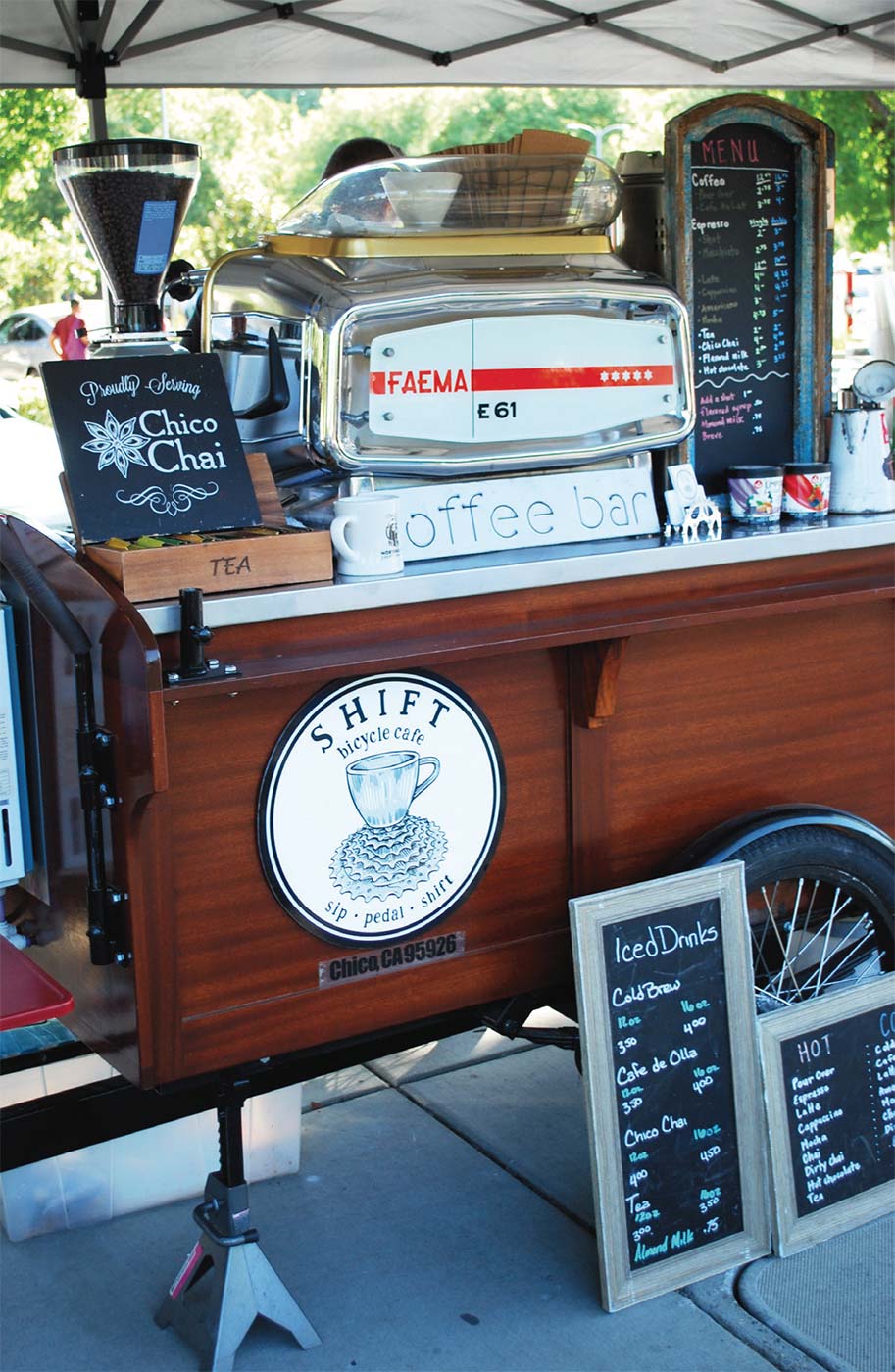 When I imagine John Hanna-Barton pedaling Shift Bicycle Café to the corner of West First and Warner streets in Chico in the pre-dawn dark, I see a ghost ship. 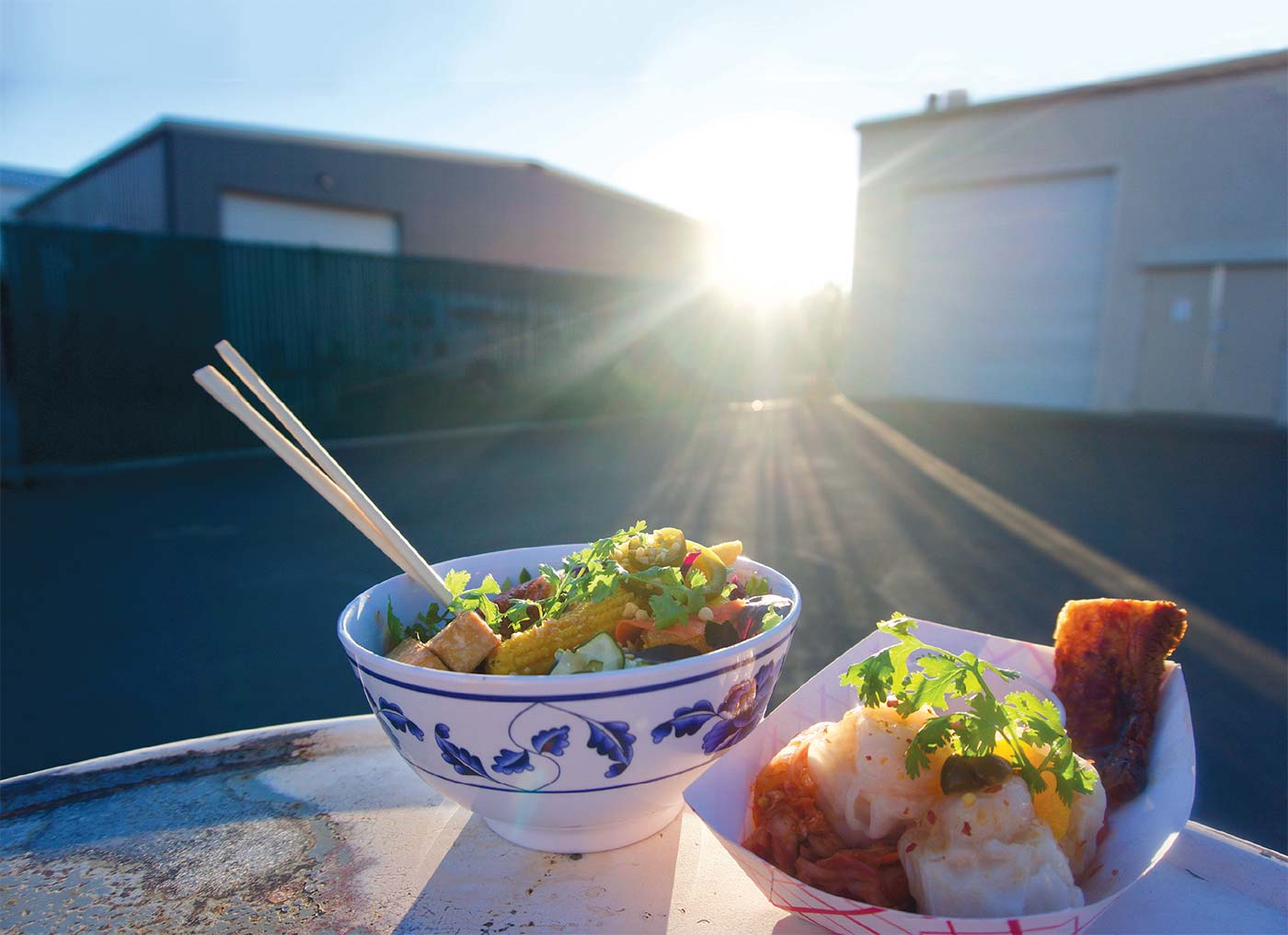 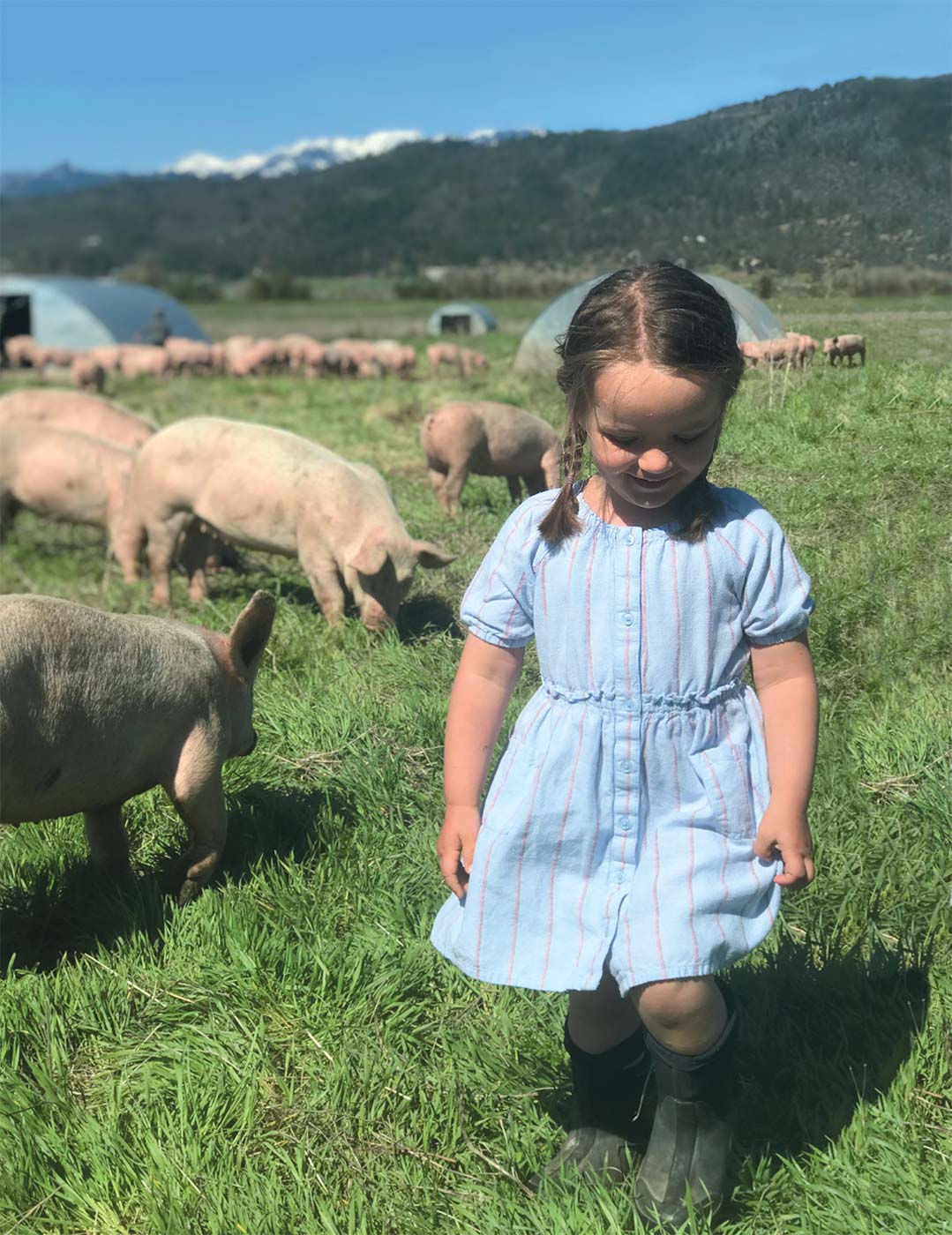 During the fall, we stand in the middle of all of the abundance produced by long hot days of hard work and look ahead to cold quiet days with the woodstove blazing, and our hearts are happy. 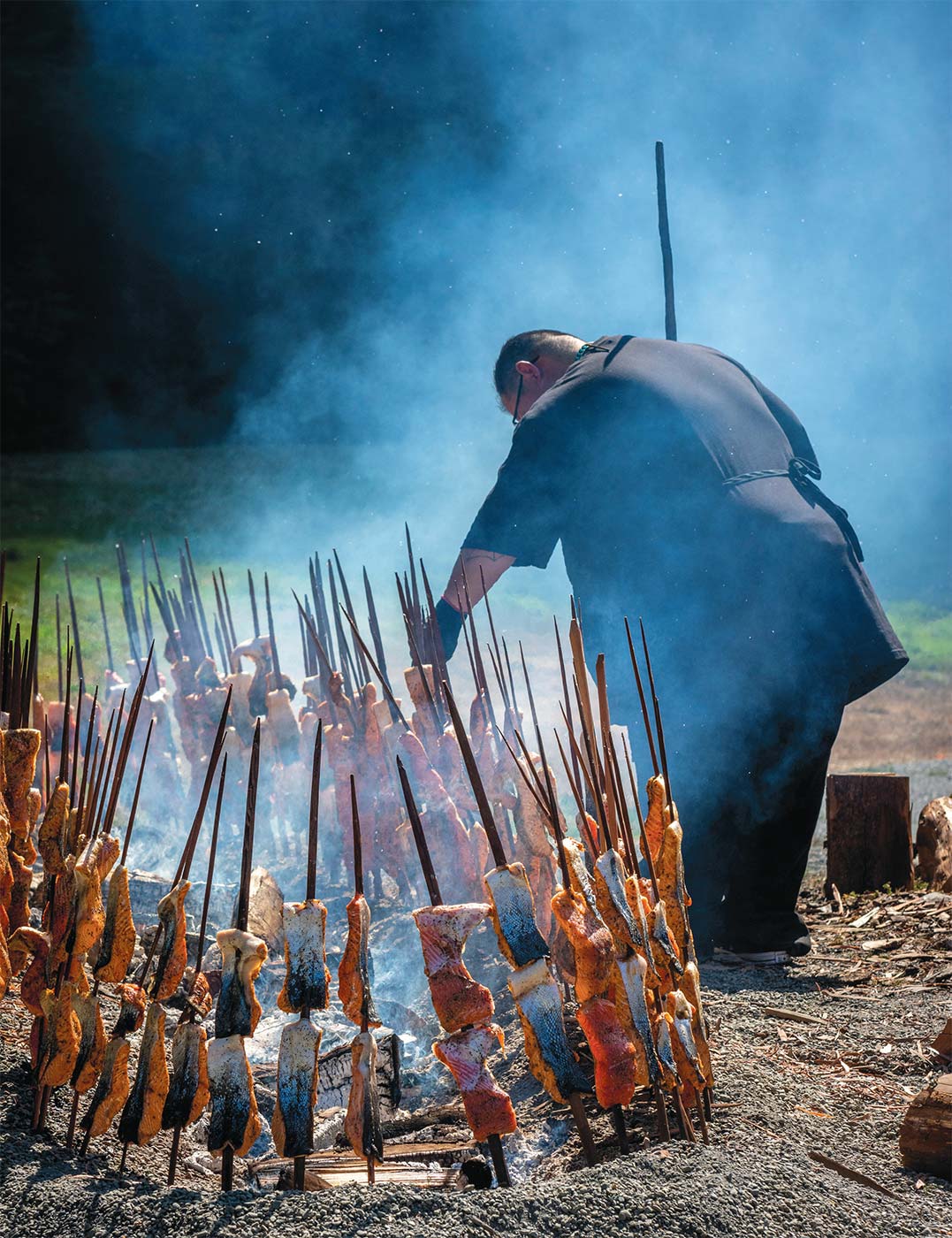 We Return for the Klamath Salmon Festival 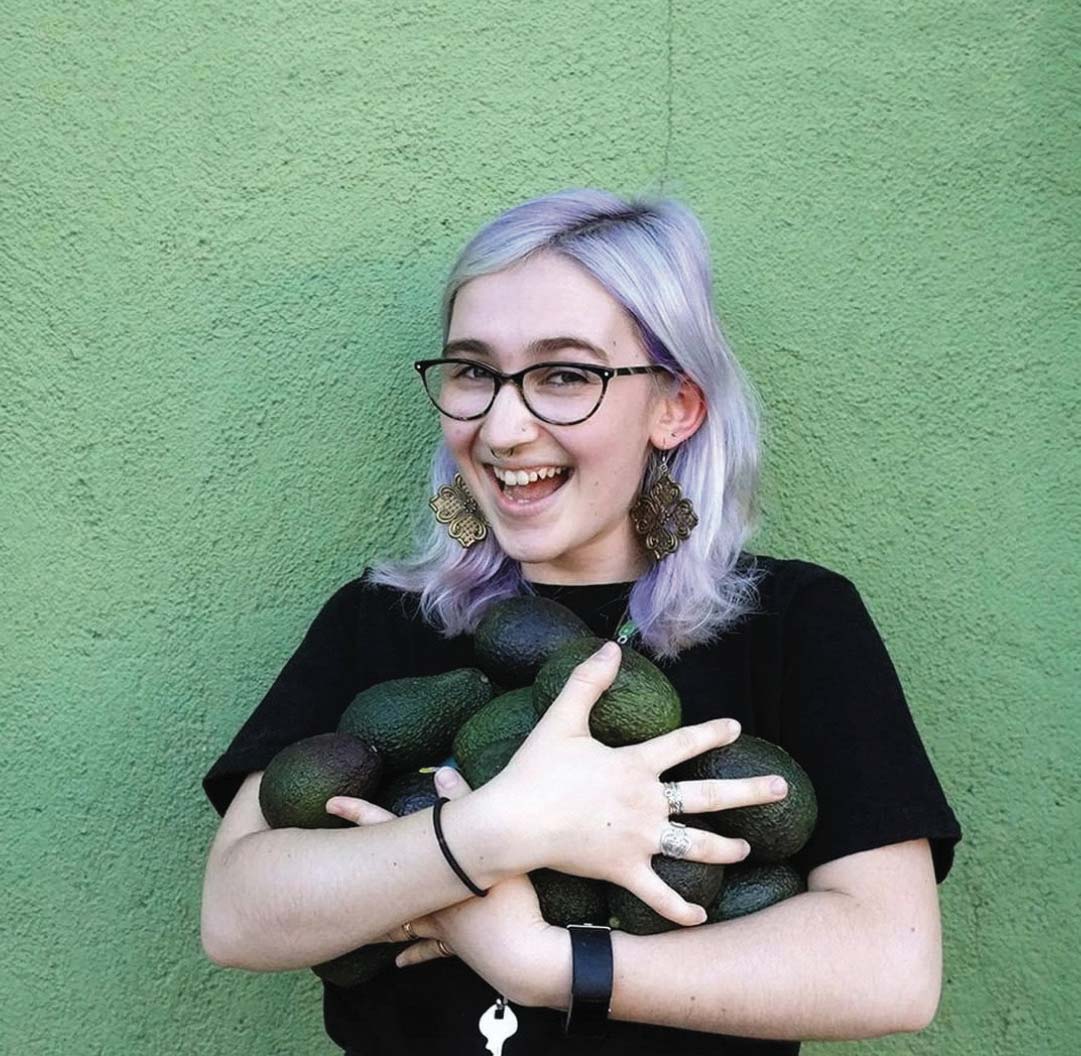 Some good seasonal eating in our community on Instagram 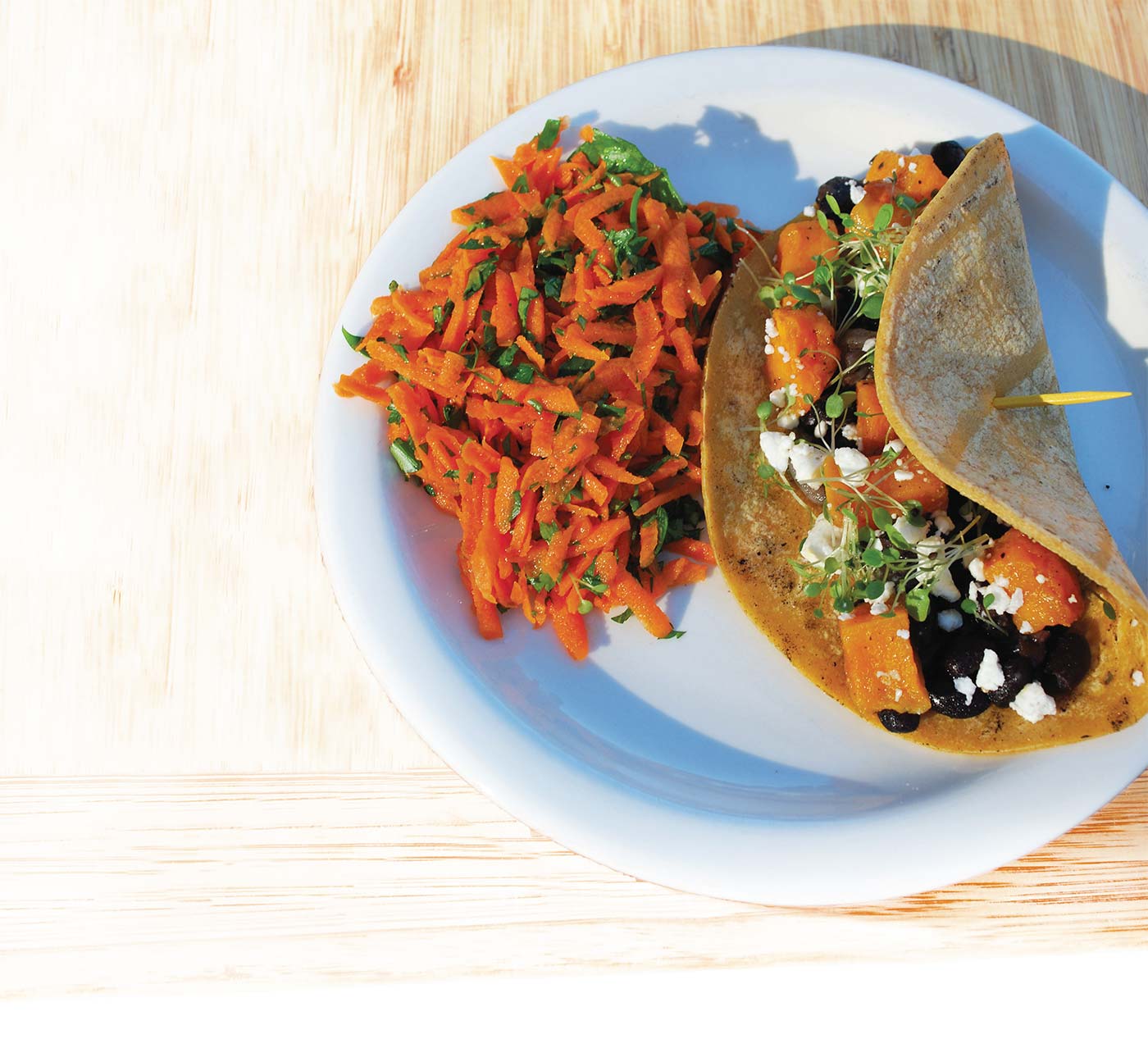 Jenni Dye of the Center for Healthy Communities at California State University Chico offers these recipes that take advantage of fall produce. 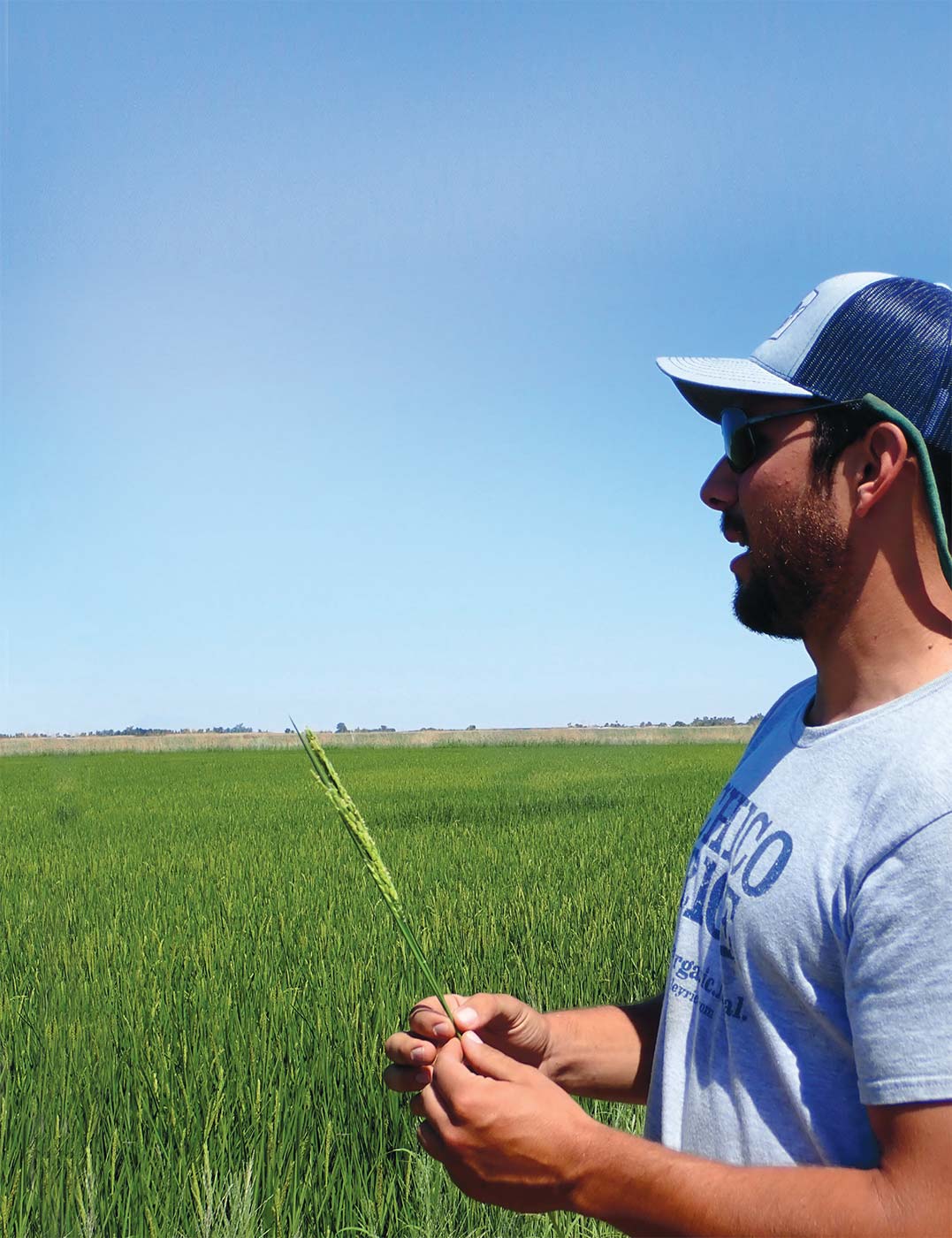 A father/son team does it all at Chico Rice

THREE SYLLABLES TOWARD A COURSE CORRECTION ON CLIMATE CHANGE

Back in 2013, the environmental concern most Californians were losing sleep over was the drought.