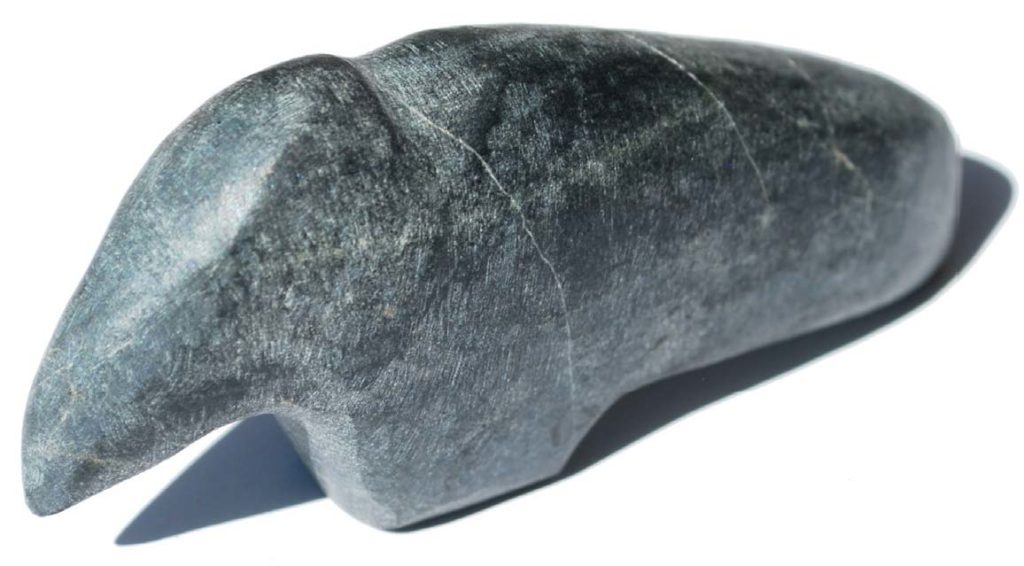 Salvador Romero, the artist who created the Raven fetish in the photo here, speaks of walking the Cochiti pueblo, outside of Santa Fe, New Mexico, looking for the right stones. 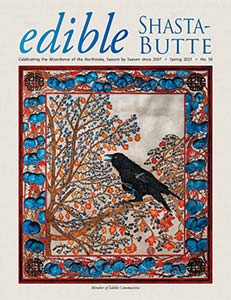 These stones contain the spirit of the animal they come to represent. Romero’s work to create these found stone fetishes involves more walking and looking than carving. “The stone has the animal in it,” he says. “I just find it.” I found Romero’s Raven fetish the last time I was out of California. That was January 2020, when I went to Santa Fe for the annual Edible Communities meeting.

It’s been fifteen months since that trip. Here in the Northstate, as in many places throughout the world, we’ve responded in our various ways to a seesaw of pandemic shutdowns and openings and shutdowns and openings. What and how we’ve planned, gathered, cooked, and eaten our food might serve as one emblem of the pandemic months.

Do we plant seeds or buy veggies? Go to the farmers’ market or grocery store? Shop online or in person? Cook in or take out? Use family recipes, try new experiments, or simply open a tin of sardines? Do we chance a meal with family or friends? Inside or out? How much of the five-pound bag of quinoa bought last April remains, and does it make me feel secure? Do I even want to continue feeding the sourdough?

To planning, gathering, cooking, and eating, those who own restaurants add questions of employees, rent, serving, and all the exigencies of a food business. Thinking of the challenges for restaurants overwhelms me, whose meals are usually simple and solo at home. I stand in awe, gratitude, and mourning before those who have found a way, paused, or closed. Farwood Bar & Grill in Orland is one I’ve watched closely. LeighAnn Byerly took over Farwood in spring of 2008, just a year after we started publishing, and I’ve been a fan ever since, admiring her commitment to local food, which made her the first restaurateur to reach out to this magazine. The pandemic hit shortly after the restaurant opened a huge extension to its dining room—not good timing, as if there could be such a thing. LeighAnn, her husband Jim, and Farwood staff have been nothing but nimble.

Early on after the March 2020 shutdown, the Byerlys offered restaurant inventory for sale to their customers, everything from prime beef sections, pasta and bread, quality bar liquor and wine to toilet paper, paper towels, and sanitizer, your jar filled from their industrial-sized supply. They pivoted to offer only takeout meals—prior to Covid, only 5% of Farwood sales were takeout— and added dinners for two and family dinners for four to eight people, popups that served sushi, barbequed chicken, or spaghetti, specially designed holiday cook-at-home brunches and dinners, Bloody Marys in quart jars, kits to assemble the restaurant’s brownie sundae at home—plus all the systems to make takeout run smoothly. Farwood established a drive-through lane for meal pickup, with a motion detector that would ping staff inside as a car approached. They extended front patio seating past the curb and into the street. Customers say LeighAnn became a movie star because of her Facebook Live weekly updates.

And Farwood is just one restaurant. . . .

What if we treat fifteen+ months of Covid like Salvador Romero treats those found rocks? We have walked and we have looked, and for all these months, we have adapted, nimbly or clumsily. We found those adaptations inside of us, and, with some time and some work, the spirit this period has contained will manifest. May it, like Raven, spur transformation.

Chico artist David Simcox is familiar to local art lovers as well as to longtime readers of Edible Shasta-Butte, who may remember his art on our Fall 2014 and 2017 covers.

Simcox has been painting for roughly two decades and focuses typically on landscapes and natural elements. He used pigmented inks for the original of the print on our cover, “Crow and Blueberries.” His inspiration came as he watched winter birds eating berries on the upper Sacramento River. He chose the blueberries for their color, even though they are out of season with the rest of the artwork. For the spring 2021 cover, the corvid and the almost-eerie mixup of seasons in the print seem an apt representation of Covid-time. Plus, well, blueberries and the decorative border framing the print. Simcox is currently working on a canyons series. 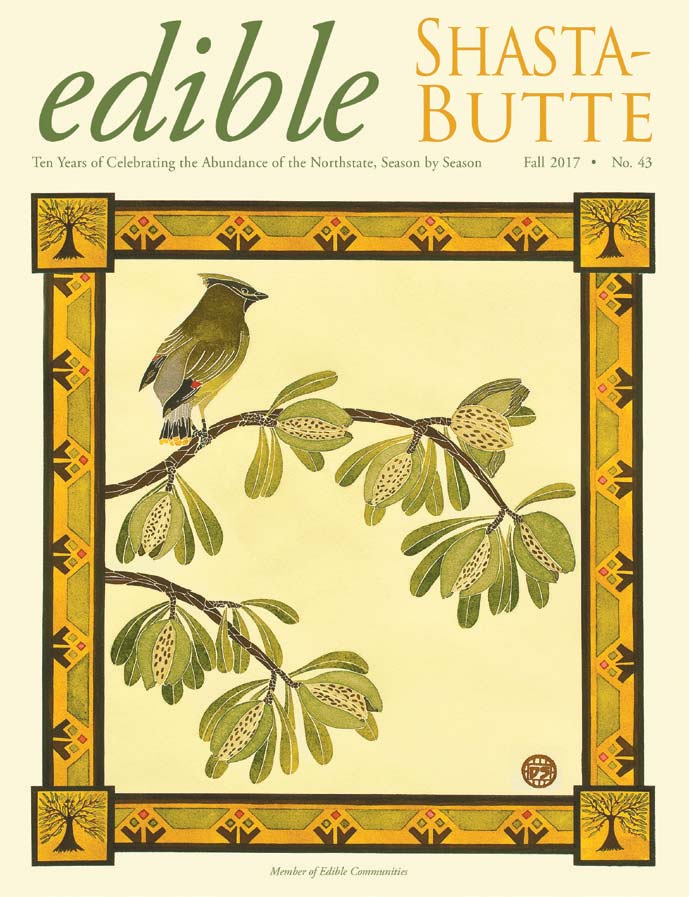 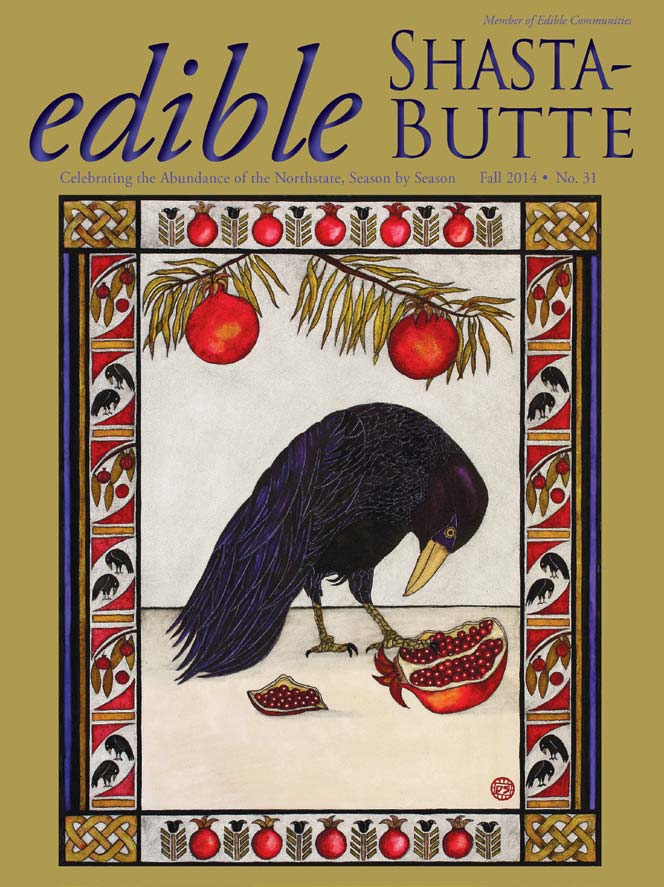 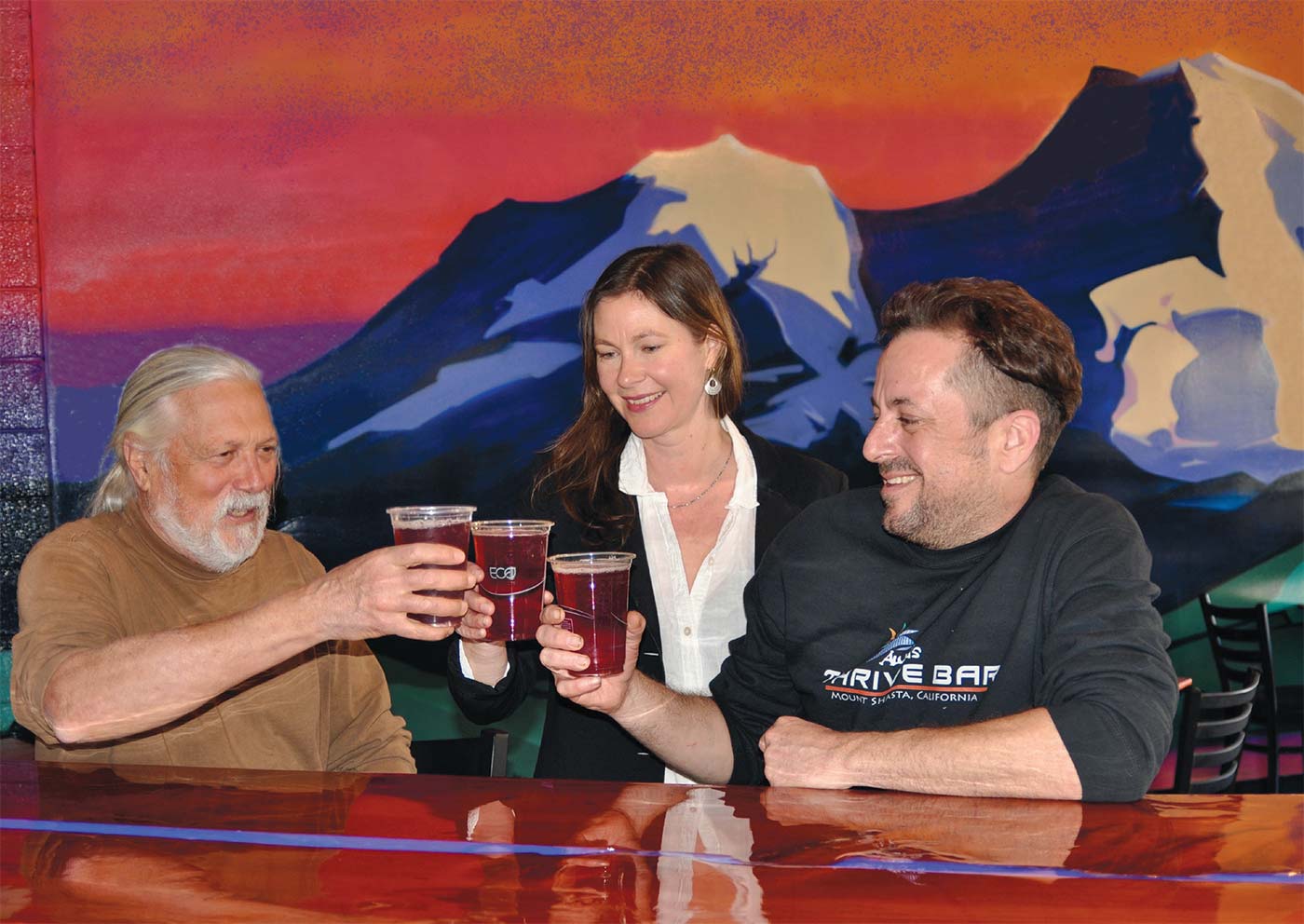 Alua’s Thrive Bar is not your typical bar. 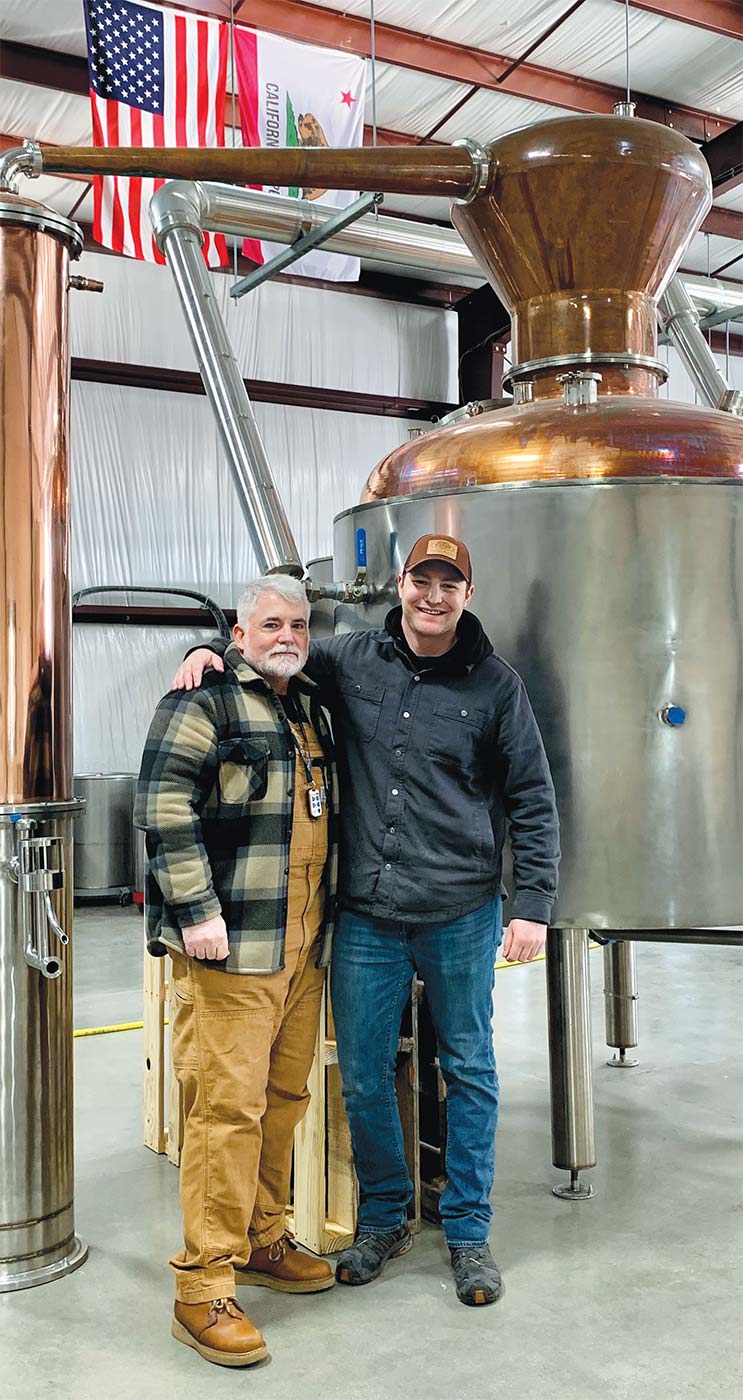 What do an eruption of the volcano Eyjafj allajokull in Iceland, a business trip to Scotland, and a late-night tasting with a renowned whiskey master have in common? 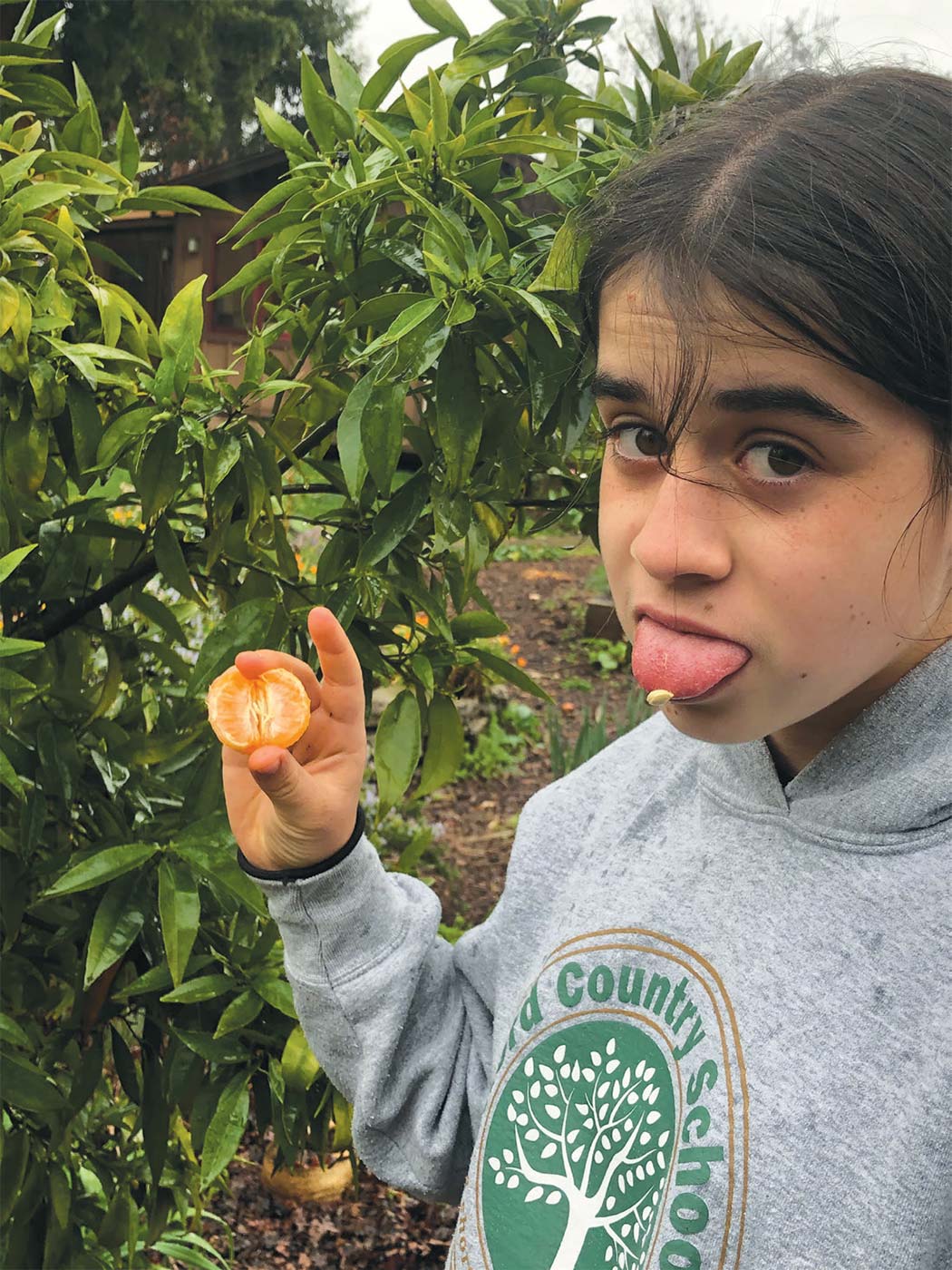 Tales of woe and wonder from the yard and kitchen 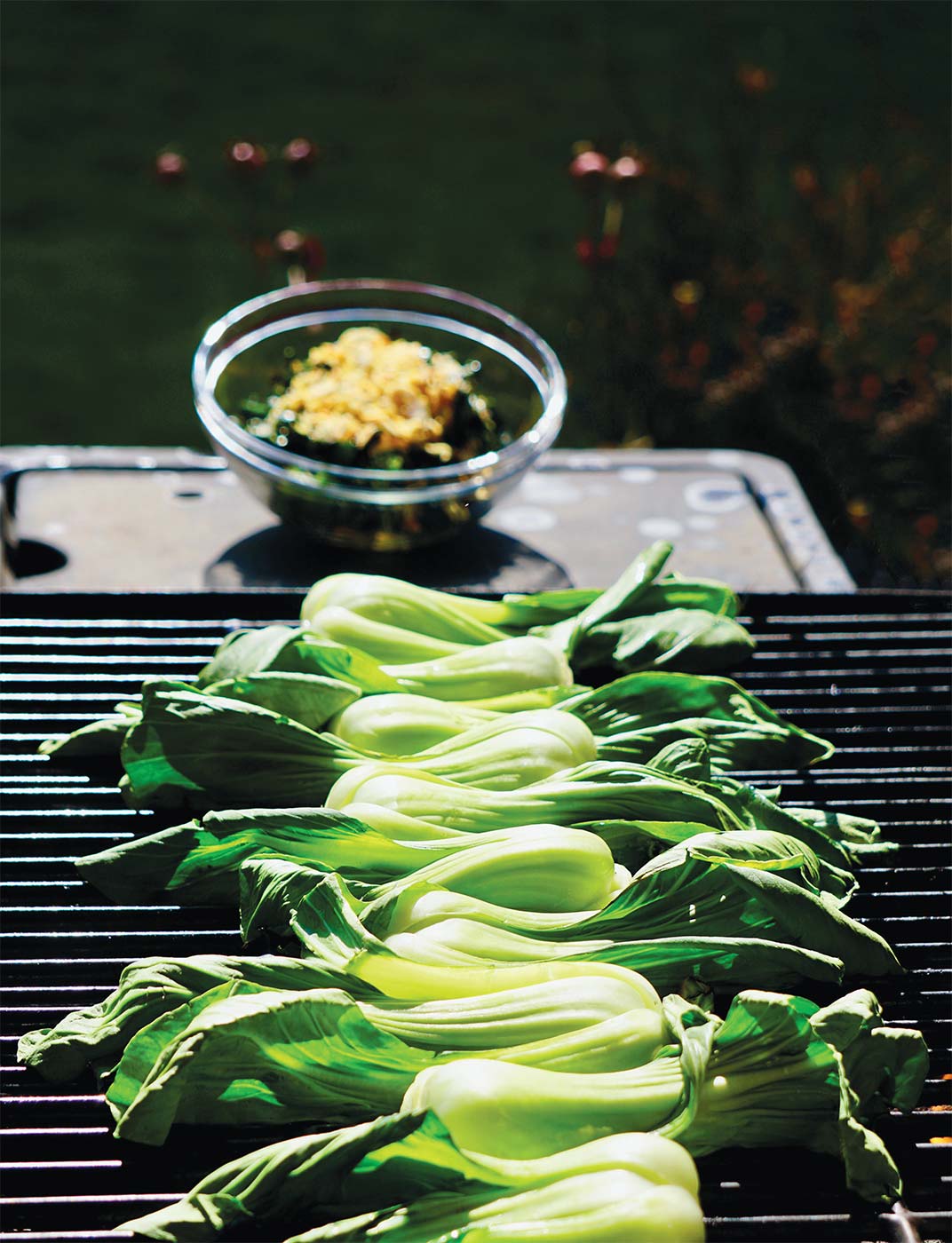 Variety on a budget. 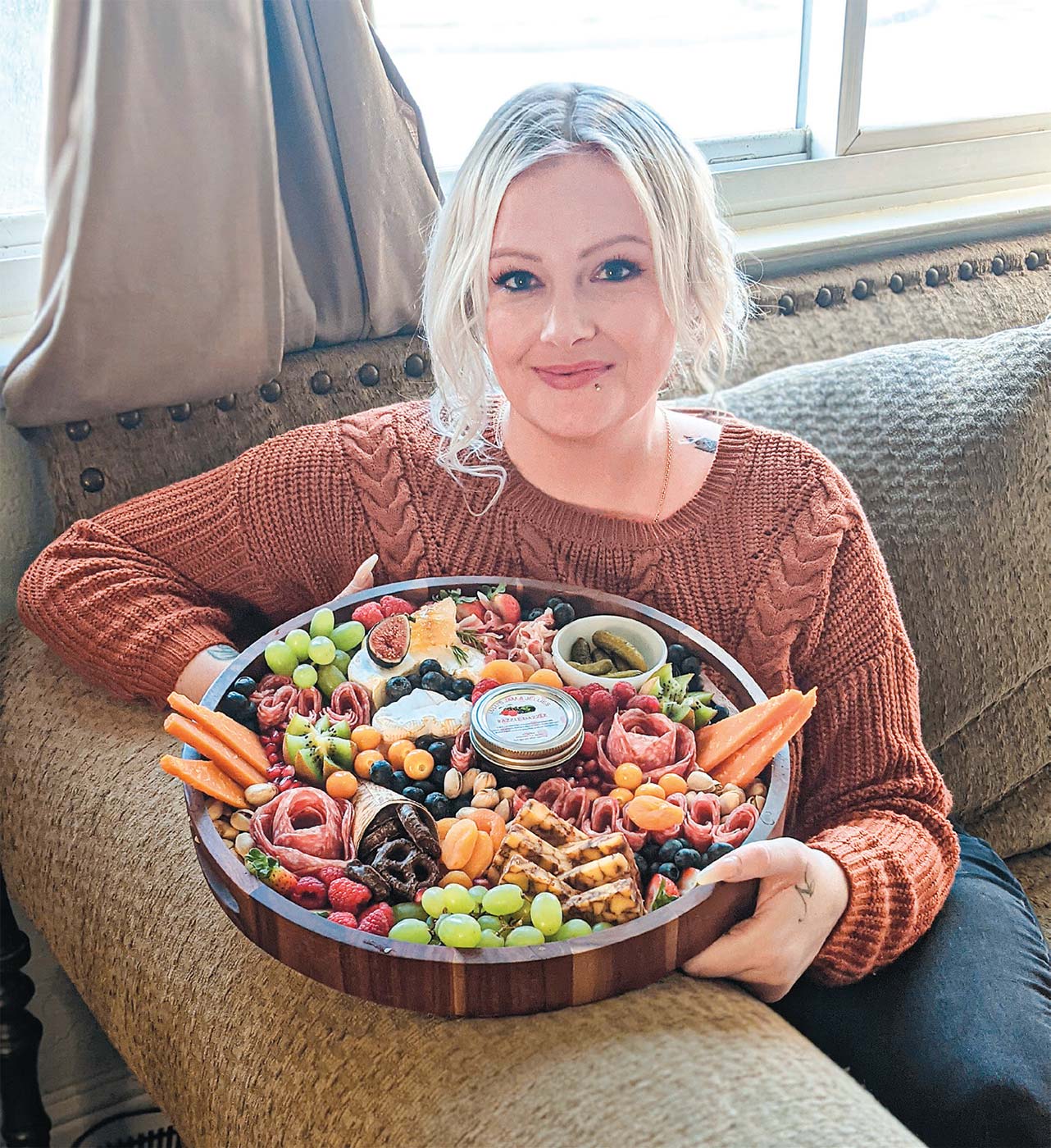 If you read only print magazines like this one, you might miss out on some of the liveliest developments in local food. 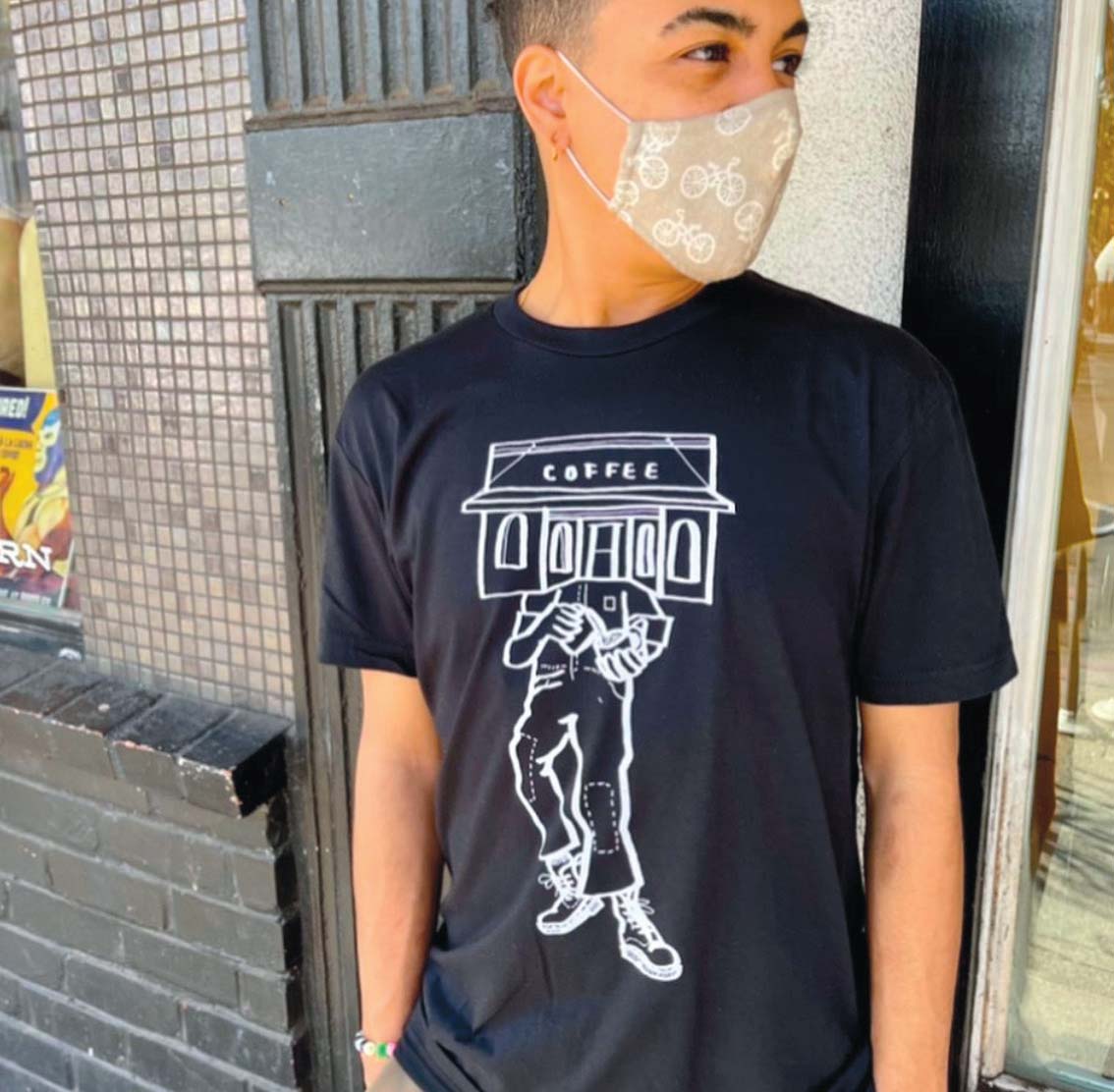 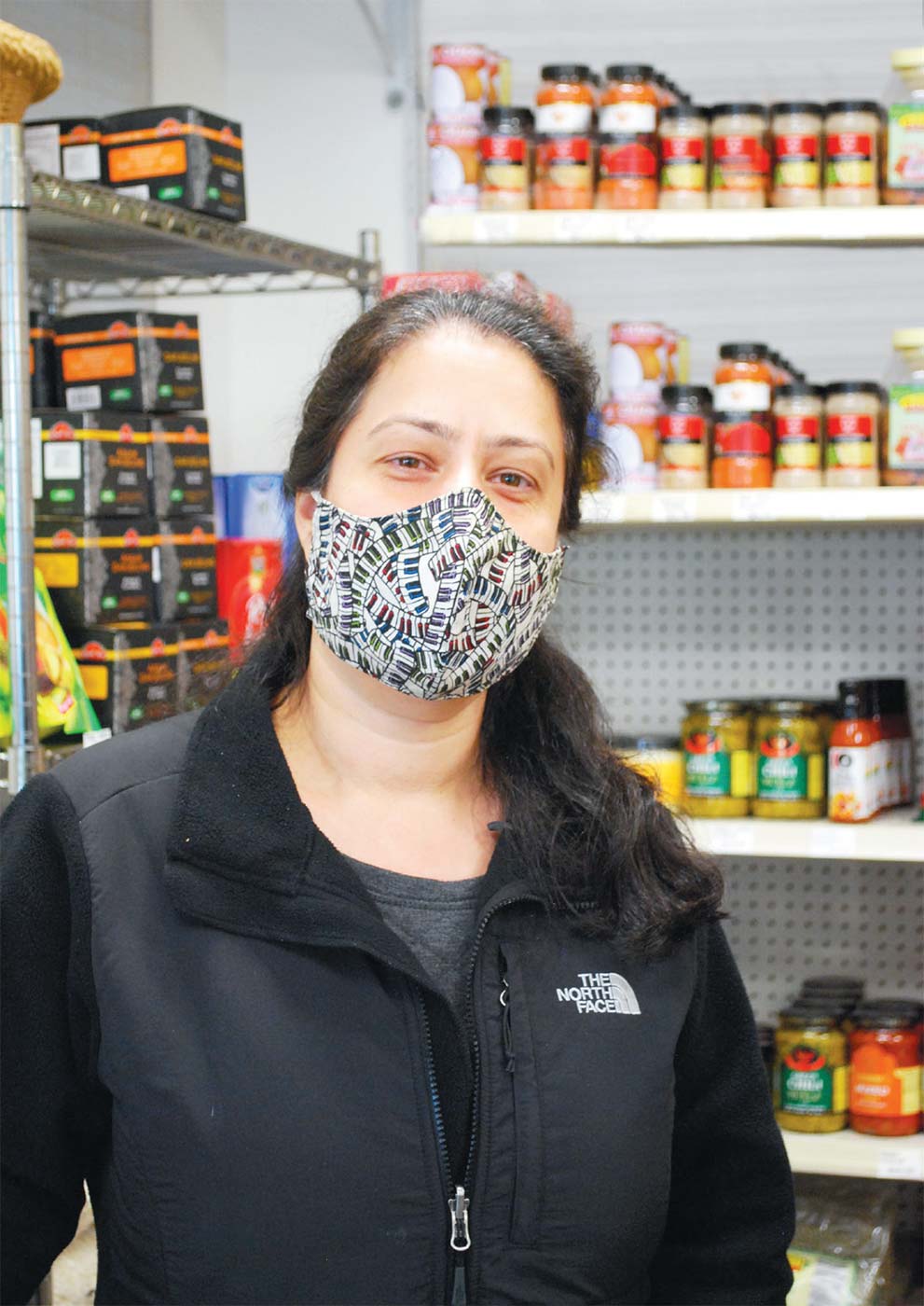 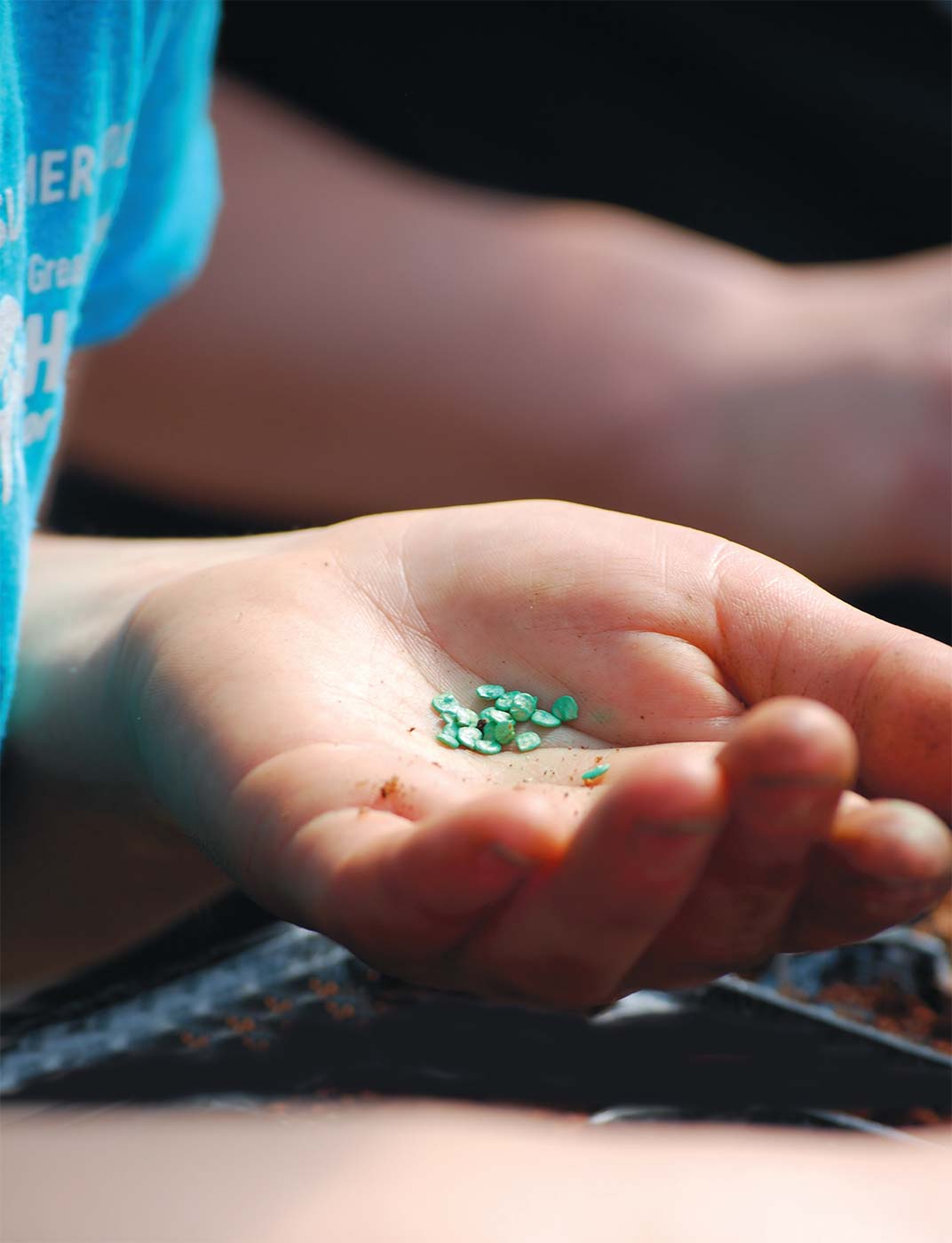 Spring brings awakening and transition from the short days and long nights of winter at Pyramid Farms. 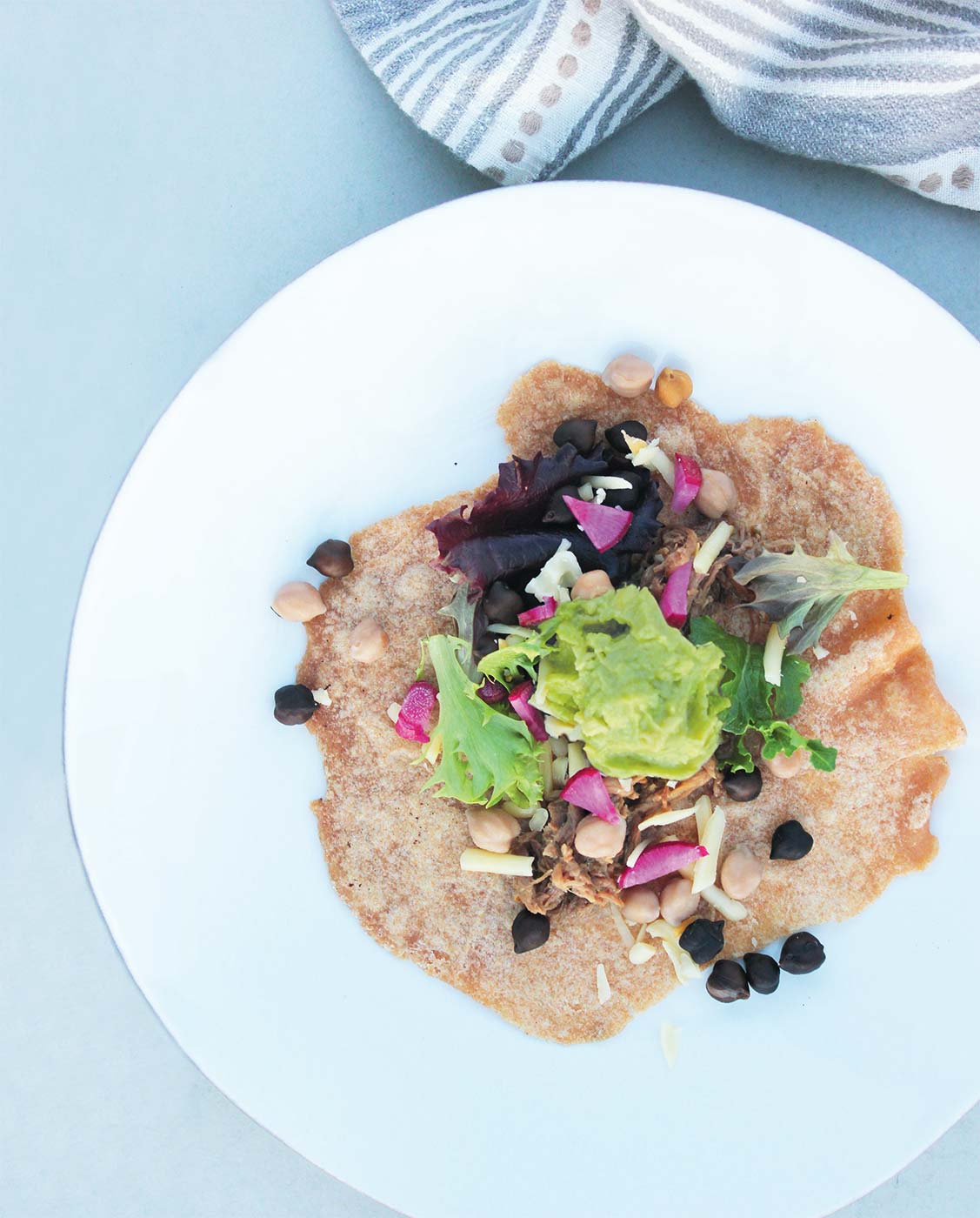 Despite the mild winter, I have longed for this year’s spring.