CSA Opps in the Northstate Here in the northstate, Community Supported Agriculture (CSA) is becoming a significant economic force. When Edible Shasta-Butte first published in 2007, we discovered just two CSAs. We profiled one of these, Redding’s Churn Creek Meadow Organic Farm’s CSA, in our summer 2007 issue. Three years later, for this article, we discovered fourteen. Growth here in the northstate parallels growth nationally. Earliest national figures date to the 1990s, when, according to a 1993 survey reported on the United States Department of Agriculture Library website, Susan DeMuth counted over 400 CSAs, mostly near urban centers in New England and down through the mid-Atlantic states, in the Great Lakes region, and here on the West Coast. Data collected in 2007 by the U.S. Department of Agriculture indicated that over 12,500 farms in the United States marketed products through a Community Supported Agriculture arrangement. Although some dispute these 2007 figures, even if inflated, they indicate the phenomenal growth in CSAs nationally. There’s no disputing the growth locally.

The CSA concept evolved from the writings of Rudolf Steiner, founder of biodynamics, about his concern over the use of chemicals

on Europe’s farms following World War I, a concern for healthy, sustainable soils and the healthy food systems, including eaters, that result. Fundamentally, a CSA consists of a community of individuals who agree to support a farm operation, making that farmland, either legally or spiritually, the community’s farm. Consumers in the community agree to share the risk and the benefits of food production with the farmer. In return, they share the farm’s bounty throughout the growing season, as well as a sense of satisfaction gained from reconnecting with the land and participating directly in food production.

The CSA model migrated to the United States in the mid-1980s. Farmers Robyn Van En of Indian Line Farm in Massachusetts and Trauger Groh of Temple-Wilton Community Farm in southern New Hampshire are credited with the first CSAs stateside. The two operations differed slightly, and neither knew of the other. Van En began offering bounty from Indian Line’s small apple orchard and soon from a neighbor farmer’s truck farm. Temple-Wilton operated as a cooperative farm, with the CSA addressing both the needs of the land for sustainable production—co-ownership avoided the insecurity of leased land—and the food security needs of the community of people involved.

The northstate CSA model, and indeed the model now broadly in use throughout the US, is a hybrid of its origins. CSA subscribers pay a subscription fee to a farmer, which provides the farmer some of the capital needed to operate the farm. In return, the subscriber receives regular shares of the farm’s produce. Share sizes depend on the subscription fee paid and on seasonal yield. Empty Nest subscriptions for two people are lower priced than Full Family subscriptions, and in seasons of plenty, CSA share boxes are brim-full, while in less productive seasons, CSA returns may be lower.

In the northstate, CSAs promise win-win arrangements. Farmers appreciate the assured market for their produce and some freedom from marketing pressures during the growing season. CSA subscribers give farmers, in the opinion of Pyramid Farm’s Matthew Martin, the freedom to farm. Wolfgang Rougle of Twining Tree Farm, in the foothills of the Coast Range near Cottonwood, notes another benefit: “It is tremendously satisfying to know that I am able to provide a full diet of healthy food for my subscribers.”

With fourteen CSAs in our area, families interested in subscribing can shop around. Not only can they choose among vegetables, fruit, nuts, grains, and meat. Subscribers can also support particular farming practices, for example, certified organic, biodynamic, or simply local sustainable practices, or they can subscribe through a service that contracts with several farmers and thereby supports them all. In some cases, when subscribers align with a CSA farm or service active in community causes, their choice supports social justice or school gardens. Some farmers deliver, some welcome families to tour the farm when they pick up their subscription boxes, and some offer work days and potlucks for subscribers. Many such value-added benefits accrue. Some farms supplement local produce to acknowledge eaters’ taste for fruits like bananas or to introduce eaters to particularly toothsome new varieties like Mellow Gold grapefruit grown in the foothills above Fresno. Some farmers include flowers in season, wild or cultivated herb teas, tomatoes and other fruits sun-dried on the farm. It’s hard to see how subscribers could lose.

Indeed, current subscribers to these CSAs sing their praises. Nathan Gamble, a subscriber to Jim and Brandon Miller’s Comanche Creek’s CSA, likes everything about his subscription: fruits and vegetables aplenty to feed his family of three for a week, recipes in the box for “unique items” (that week’s box included a recipe for Spicy Chard with Ginger), everything healthy and organic. Another Comanche Creek subscriber, herself a summer gardener who joined the CSA in the winter, touts the winter variety of organic vegetables. Out-of-towners have contracted gift subscriptions for a wedding gift or for their parents from Churn Creek Meadow Organic Farm CSA and now brag how well the newlyweds or their retired parents eat. Francine Steulpnagel, one of the GRUB founders, reports that their subscribers delight in now eating more veggies and more kinds of veggies, like the kale, mustard greens, and okra offered in GRUB’s winter shares. GRUB subscribers use the recipes included in each box for such unfamiliar vegetables, some recipes proved by GRUB, some by other subscribers.

Subscribers to meat CSAs also wax eloquently. Two subscribers to Cheetah Tchudi’s TurkeyTail Farm, Meegan Condon and Hazel Van Evera of Chico spoke of how they enjoyed meeting Cheetah’s parents and brother when Cheetah hosted a potluck barbeque at his farm for his 10-20 meat subscribers, who brought the side dishes to enjoy with Cheetah’s barbeque. Hazel is lavish in her praise: “The meat is fresher, more succulent, so different from supermarket meat.” Meegan enthused, “The quality of the food—

chicken, ducks, lamb, goat, and lots of pork—is great. The CSA is really a win-win as far as we’re concerned. We get sustainably raised, local, high quality meat delivered to our door, and not only do we enjoy the quality of the meat, but we also appreciate the environmental benefits and value supporting our local economy.” Barbarosa Ranchers, another local meat CSA, this one run by Tyler Dawley and John Raftery, collects testimonials from their subscribers posted on their blog (barbarosaranchers.com). Here’s just one: “J wrote: Beef short ribs. Tyler—they were so awesome yesterday. I’ve never done a braise before with grass fed beef. Cooked in half the time, there wasn’t an inch and half of fat to skim off the sauce, and they were as tender as could be. Thanks again. We are hooked.” And (disclaimer) we ourselves subscribe to Chaffin Family Orchards’ winter meat CSA. Among the many benefits of our subscription is introducing ourselves to the pleasure of goat meat, aided by the recipes Chris Kerston supplies. A fresh herb rubbed leg of goat will furnish forth our spring table.

We’ve designed descriptions that accompany this article such that the description might encourage and help eaters make their choices. In the farmer poet Wendell Berry’s words, “Eating is an agricultural act.” CSAs allow eaters to make conscious choices that preserve local farms and farmers, enhance local economies, protect the environment due to farmers’ practices, maximize healthy food consumption, and, in some cases, support social justice. These choices result in darn good eating—and more.

THE WINTER ISSUE IS OUT! 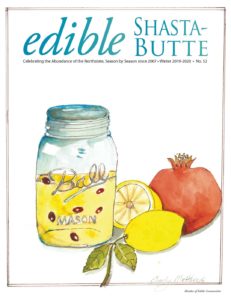 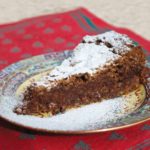 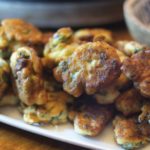 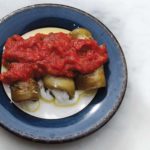 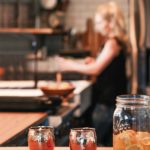 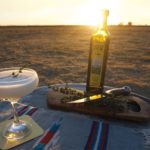 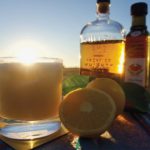 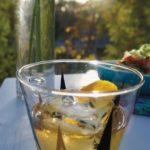 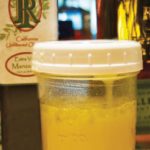 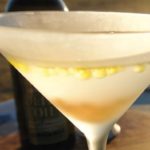 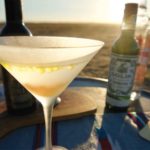 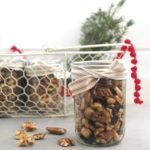 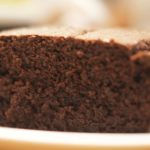 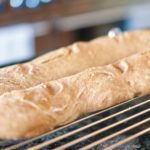 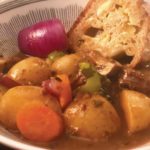