Whether accompanying lamb, spread over brioche, or added to iced tea, this aromatic jelly adds a bit of cool to most meals. Apples or quince can also be used in place of loquats.

Cook loquats and mint in 3 cups of water over medium heat until the loquats are soft. Add vinegar and cook on high heat for another 5 minutes. Remove from heat and
mash into an applesauce consistency.

Next, place the loquat mixture in a sieve, lined in several layers of cheesecloth over a large bowl. Allow the juice to drain for several hours.

Once fully drained, place the juice in a non-reactive saucepan, dissolving the sugar over medium heat, stirring frequently. Turn the heat up to a boil, and remove the surface scum with a large metal spoon for about 10 minutes. Continue to boil until the temperature on a candy thermometer reads 220 degrees. At this point the juice has gelled. If you don’t have a candy thermometer, you can test if it has reached the gelling point by pouring it off the side of a spoon. If it comes off in a sheet instead of a stream, it is done. Or you can scoop a small amount in a metal spoon and place the spoon in the freezer. It should be gelatinous when cool.

Once gelled, carefully pour the juice into hot, sterilized jars, leaving ¼ inch headroom. Wipe the rim and edges with a warm, moist cloth.

Seal and allow to cool. No further processing is needed.

1 thought on “Mint and Loquat Jelly” 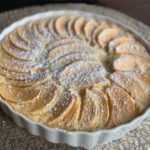